Lewis Hamilton doubts Mercedes has the “raw pace” to overtake Red Bull in Sunday’s Formula 1 Styrian Grand Prix after being beaten to pole by Max Verstappen.

Hamilton entered the race weekend looking to bounce back from a late defeat to Verstappen in France last Sunday, but struggled to match his pace through practice on Friday.

Hamilton managed to top FP3 for Mercedes, only for Verstappen to hit back in qualifying as he produced two laps good enough for pole position, ultimately finishing two-tenths clear of the field.

Valtteri Bottas took second for Mercedes, but will drop back to fifth thanks to a grid penalty, promoting Hamilton onto the front row despite the Briton’s mistake on his final lap that saw him run wide at Turn 10.

Hamilton said after qualifying that he was unsure Mercedes had the outright pace to fight to Red Bull in the race, but hoped he could keep pace with Verstappen at the front.

“They've been so fast this weekend, so we have been giving it absolutely everything,” Hamilton said.

“It wasn't the greatest of sessions but, nonetheless, we're still on the front row after the penalty so we're going to race tomorrow for a fight. 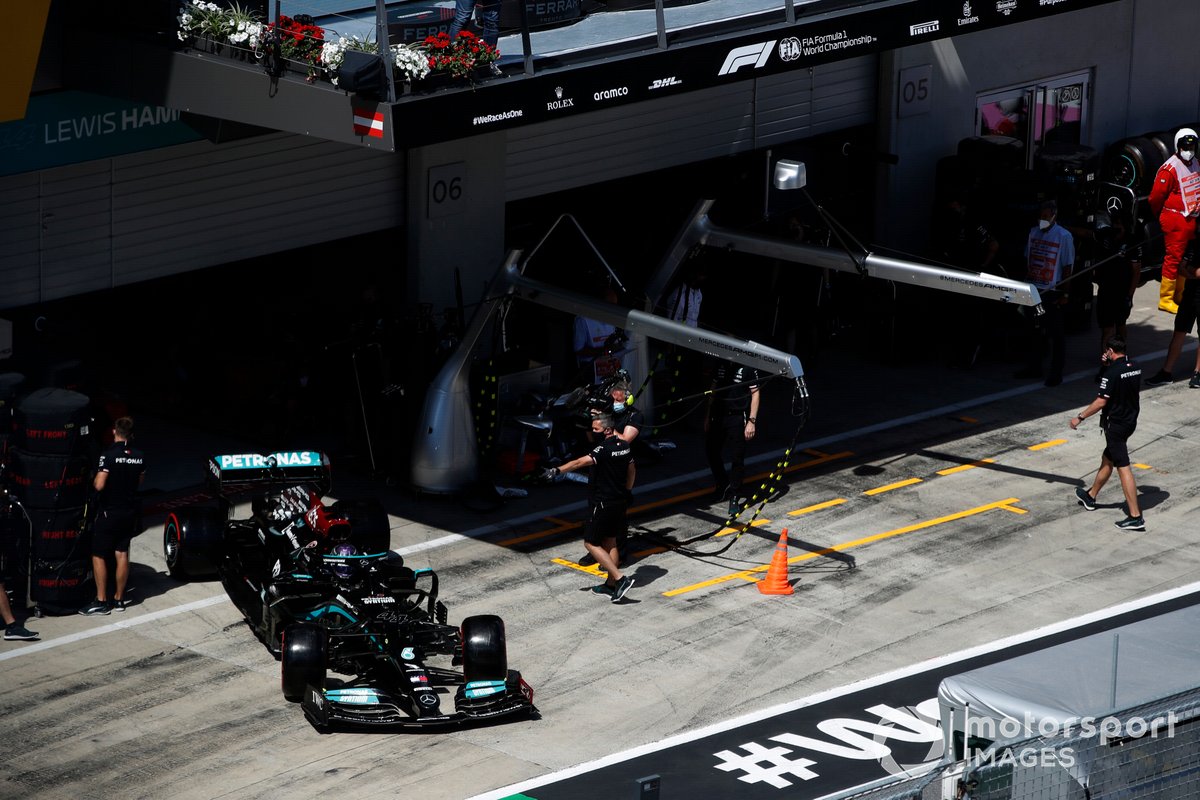 “It’ll be interesting to see whether or not we can manage it. I don't think we have raw pace to overtake them, that's for sure. But might just be able to keep up.”

It marked only the third time since the start of the V6 hybrid era that Mercedes had been beaten to pole at the Red Bull Ring, following Williams’ success in 2014 and Ferrari’s 2019 pole.

Hamilton has failed to win any of the last three races, causing him to slip 12 points behind Verstappen at the top of the drivers’ championship.

“I will be giving it everything, obviously, but I am just talking about pure pace,” Hamilton said.

“But maybe tomorrow, we'll be surprised. Maybe it rains. Who knows?”