Hamilton managed a 67-lap stint on medium tyres after an slightly earlier-than-planned stop under the safety car, while his rivals switched to hard tyres.

He withstood intense pressure and a late assault from Max Verstappen to clinch his third Monaco win, which Hamilton described as "the hardest race I've had".

"I think just globally - in the car, with the tyres, with the strategy, with the circumstances with Max behind, it was the biggest challenge I think I've had," said Hamilton.

"I'm really, really grateful I was able to pull it off.

"There was multiple things going into my thought process, 30 laps to go, 38 laps to go and I've got no tyres left.

"I was thinking there's no way, with the feeling I've had and the pace I had to do, that I'm going to make it. It's a horrible feeling to have.

"I was like, 'I'm not coming in. I'll drive around on these tyres until they blow up!'

"I just kept pushing and tried not to crack under pressure." 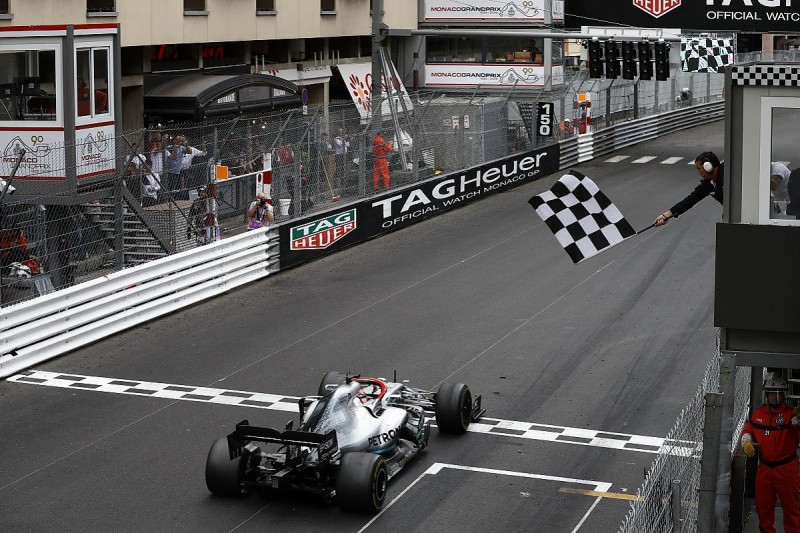 Hamilton's win in Monaco was only his second on the streets of Monte Carlo for Mercedes, and prior to his 2016 triumph he had not won here since 2008.

The Briton said he feels like he is "destined not to win here too often" and was "holding on for dear life".

"I still can't believe where I finished to be honest," he said.

"It just seems to be one of those races. I come each year, something happens.

"Sometimes it goes OK but [often] something's thrown at me and it doesn't seem to work.
"Seems like I'm destined not to win here too often.

"I appreciate the couple I've had and today I was like 'I'm not letting go of this thing!'."