Lewis Hamilton has dismissed wild theories that his Mercedes Formula 1 team is running a secret ‘DAS 2’ system to help adjust its ride-height.

Rival Red Bull has been intrigued by the way in which the rear of the Mercedes drops down at high speed, to help stall the diffuser and reduce downforce and drag.

The Milton Keynes-based outfit thinks that this behaviour has been critical to a step forward in the straightline speed of the Mercedes over the past few races.

Amid part of the extra scrutiny on Mercedes’ rear wings at the Brazilian Grand Prix, with Max Verstappen highlighted when he touched Hamilton’s car in parc ferme, the situation took a fresh twist when video emerged of a strange car behaviour of the W12 from an on-board camera.

The video, taken in the early part of the weekend, appeared to show Hamilton pulling back on his steering wheel on the approach to the first corner.

This prompted theories that Hamilton could be using some new form of ‘DAS’ to potentially alter the car’s ride height.

In 2020, Mercedes used DAS legally to adjust the toe angle of its front wheels, which helped it better manage tyre temperatures and even reduce drag on the straights. This was done by the drivers pushing and pulling on the wheel.

However, in a bid to prevent an all-out spending war of teams needing to follow the Mercedes example, it was agreed that DAS linked to the front wheels would be banned for this season.

Speaking ahead of the Qatar Grand Prix, however, Hamilton made it clear that Mercedes was not playing around with some kind of ‘DAS 2’ system.

Instead, he explained that what was seen on the onboard footage was simply some extra play in the steering column, which he actually did not like and got changed.

“My steering column doesn’t move forwards and backwards, it just moves [left and right],” he said. “We had that last year, we don’t have it now.

“On Saturday, I think there was a little bit of play in it, but it’s like less than a millimetre probably, that I don’t like and then there was no play. So not really sure what you’re watching.” 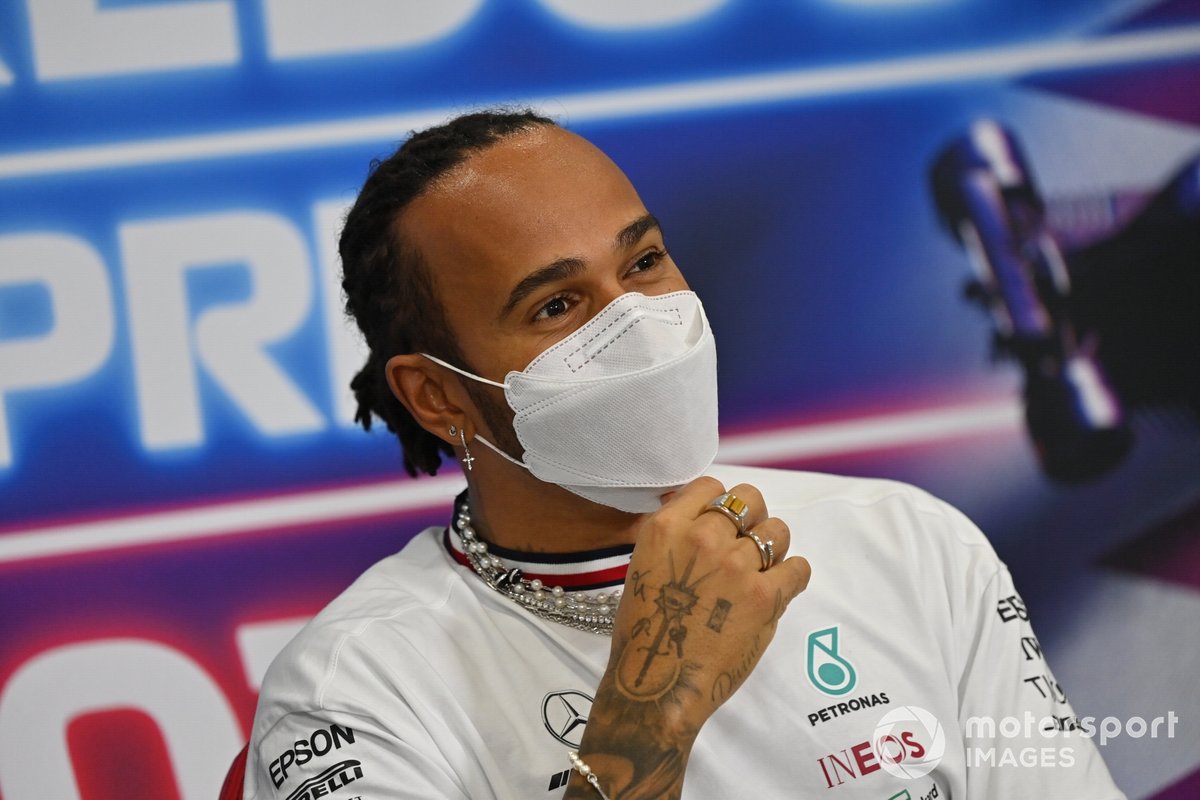 The new rules introduced for this year stated that the angle of the front wheel could only be adjusted by a steering wheel that turned left and right.

This meant the actions of the Mercedes design, which changed the toe angle through the drivers pushing and pulling on the wheel, were no longer allowed.

A new Article 10.4.2 of the revised 2021 Technical Regulations, stated: "The re-alignment of the steered wheels must be uniquely defined by a monotonic function of the rotation of a single steering wheel about a single axis.

"Furthermore, the inboard attachment points of the suspensions members connected to the steering system must remain a fixed distance from each other and can only translate in the direction normal to the car centre plane."