After Mercedes won the first four races at the Red Bull Ring since Austria returned to the F1 calendar in 2014, Max Verstappen has won the last two events for home-team Red Bull.

Speaking in the pre-event press conference for this weekend's new 2020 season opener, Hamilton explained why Mercedes was confident it had addressed the cooling issue.

"We've not been terrible [since 2017], but it is a challenging circuit with the height of the circuit, the temperatures that we see," he said.

"We've arrived here [in previous years] and it's usually kind of not in the perfect window of operating temperatures for our car.

"But I'd like to think we're in a better position this year with improvements that we've made for this season's car. So, time will tell."

Bottas, who won the 2017 event at the Austrian circuit, said he was "pretty happy when I heard there was going to be two races here", as this weekend's race will be followed by the Styrian GP a week later. 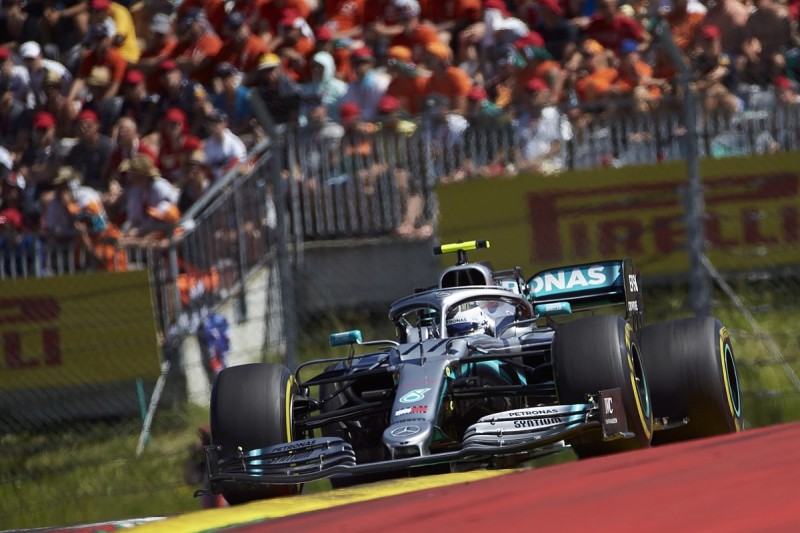 "I like this track," he said. "Historically, if you look in the past, I've also had tracks that have not been very successful but I've still been able to be good there.

"It's tricky to say anything from the past - it's a new season after a long break.

"But I feel I've had good preparations within myself and with the team - so that's why I do feel confident.

"But it doesn't help saying anything more than that at this point because very soon we'll see where we are as a team and also me personally pace-wise."

Red Bull's past success at the Austrian track, allied with its confidence in 2020 winter testing and Ferrari feeling it is behind F1's other two 'Class A' squads, has led to suggestions that it will be Mercedes closest challenger in 2020.

When asked if he saw Red Bull and Verstappen as his main threat for this season by Autosport, Hamilton said: "I mean, they looked quite strong through testing.

"It was quite close between the top three teams in testing and I think Red Bull particularly being the closest to us from our understanding.

"And Max is progressing year on year, so I anticipate they're going to be strong competitors.

"They are always very strong here at this track, so definitely going to be a challenge these two weekends. But I'm excited to see how that goes."