Hamilton apologises to Mercedes for radio outburst in Dutch GP

Lewis Hamilton has apologised to Mercedes for his team radio outburst over its Formula 1 Dutch Grand Prix strategy call as he dropped from the lead to finish fourth.

When a full safety car period was called for Valtteri Bottas stopping at Turn 1 with engine failure, Red Bull pitted Max Verstappen to switch to softs while Mercedes initially kept both Hamilton and team-mate Russell out to move into a 1-2.

A lap into the safety car period, Russell was then pitted for softs by Mercedes, with Hamilton kept out on his older mediums to lead at the restart from Verstappen.

But the call meant Hamilton was powerless to stop those on softer and younger tyres to overtake him, with the British driver dropping from first to fourth and Verstappen going on to win the race.

During the race on team radio Hamilton vented his frustration at the Mercedes strategy call: “I can’t believe you guys screwed me like that, I can’t tell you how pissed I am right now.”

After the race Hamilton apologised to Mercedes and conceded his emotions took over having been fighting for the win before the final safety car period.

“I was just on the edge of breaking point with emotions and my apologies to the team because I don’t even remember what I said, I just lost it for a second,” Hamilton said.

“But I think they know that there is just so much passion and I want to look at it as a glass half full, we came here struggling from last race, we were fighting against the Red Bulls today, we were quicker than most at many points.

“Without the safety car I think we’d have been challenging them for the win at the end on the one-stop which I don’t think the others could do.

“So many great things to take from it, the car was finally working. If this can be the same in the future races, we’re going to be continuing to breathe down their necks and we’re going to get that win.” 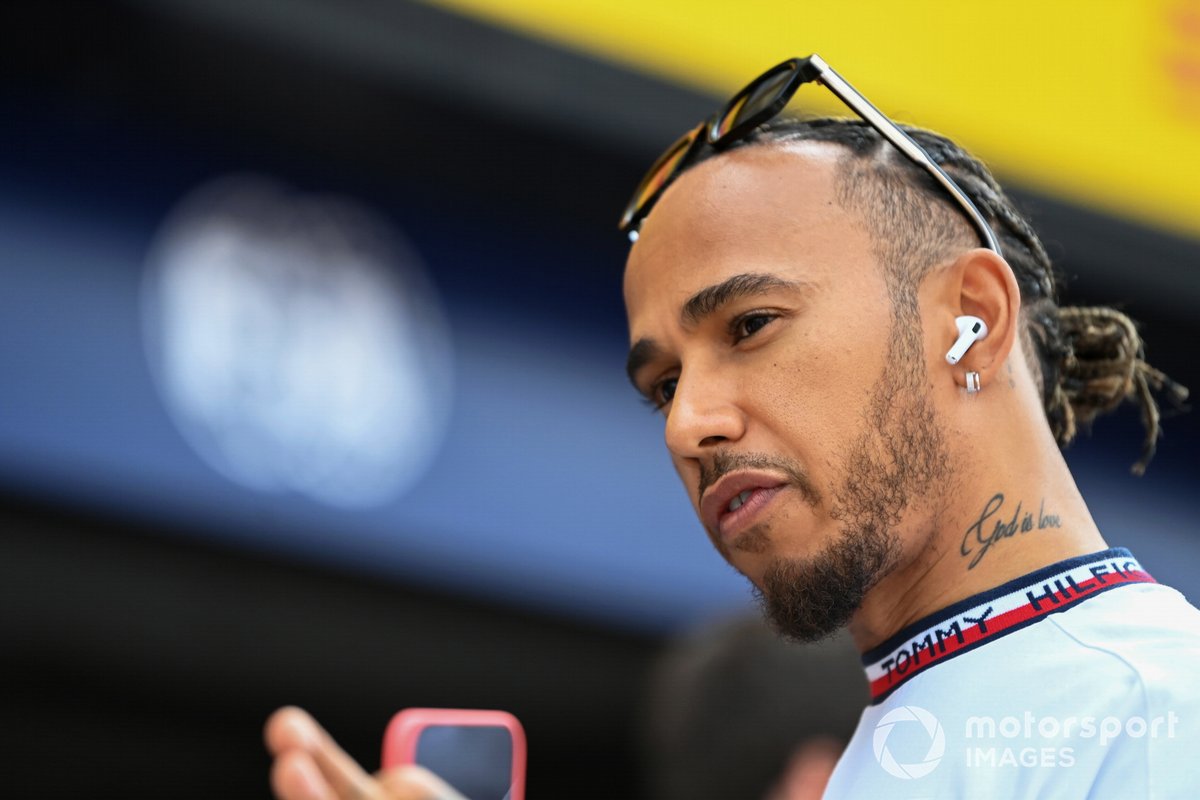 Mercedes team boss Toto Wolff, who spoke to Hamilton on the cooldown lap to say he’d explain the strategy call in the team debrief, said his squad made the strategy gamble to try to fight for the win by splitting its strategy between Hamilton and Russell rather opting for a safer result.

"It is highly emotional for the driver, you are that close to be racing for the win and then you've been eaten up, so it is clear that every emotion comes out," Wolff told Sky Sports F1.

"He had a tyre that was five laps old, the medium, holding position was the right thing to do. At the end it didn't work out for him but I'd rather take the risk to win the race with Lewis rather than finish second and third.”