Last year the American team stopped working on its contemporary car so it could focus on the VF-18 because it has fewer resources than its rivals to dedicate to dual projects.

"The regulations for next year don't change," he said.

"I know from last year to this year they changed very little, but I think we started a little bit with the car behind and we needed to make some big changes with the new car.

"This year we make evolutions and what we do this year we'll introduce to next year's car.

"We'll do that more on a normal timescale like the other teams."

One of Haas's key weaknesses since it joined the F1 grid in 2016 has been its inconsistency throughout the season.

Steiner said it wanted to improve that this season and expected the team's growing experience to help.

"We got in the right direction but we needed time to fix that, and to fix that you need people and new processes.

"I would say it will take us a little bit more time but I'm pretty confident this year we'll get better at it."

Driver Kevin Magnussen said that "one of the things we need to improve is bringing the upgrades quicker and earlier", and team-mate Romain Grosjean called on Haas to "win the race of development". 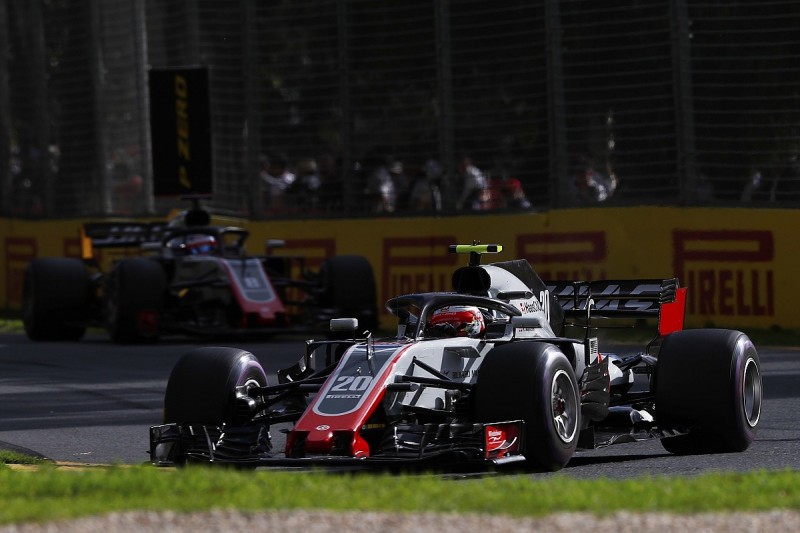 Magnussen and Grosjean retired from a net fourth and fifth in the season-opening Australian Grand Prix after identical pitstop errors but Grosjean thinks its latest strong start will not be another false dawn.

"I know we've always been competitive in Melbourne," he said. "But this year, knowing the baseline we've got, I think the philosophy is that we want to stay up there.

"To be in such a situation at the beginning of the season does give you hope that you can - and I believe we will try to - keep the development going and stay where we are because to finish fourth in the constructors' is a big party.

"Even if you finish fifth, it's crazy for a team in its third year in Formula 1."