Haas will complete the final day of Formula 1 pre-season testing in a plain white livery, removing its Uralkali branding after Russian forces commenced an invasion of Ukraine.

Russian forces commenced an invasion of Ukraine on Thursday after months of growing tensions, leading to condemnation around the world.

F1 chiefs will hold a meeting on Thursday night in Barcelona to discuss plans for the Russian Grand Prix in September, with four-time world champion Sebastian Vettel saying earlier today he would not race there.

The American-owned Haas squad enjoys title sponsorship from Russian company Uralkali, and fields Russian driver Nikita Mazepin in one of its cars. It typically uses a red, white and blue livery that resembles the Russian flag in places.

But the team issued a statement on Thursday saying it would be completing the final day of testing in Barcelona without the Uralkali branding, running a plain white livery.

“Haas F1 Team will present its VF-22 in a plain white livery, minus Uralkali branding, for the third and final day of track running at Circuit de Barcelona-Catalunya on Friday 25 February,” the team said.

“Nikita Mazepin will drive as planned in the morning session with Mick Schumacher taking over in the afternoon.

“No further comment will be made at this time regarding team partner agreements.” 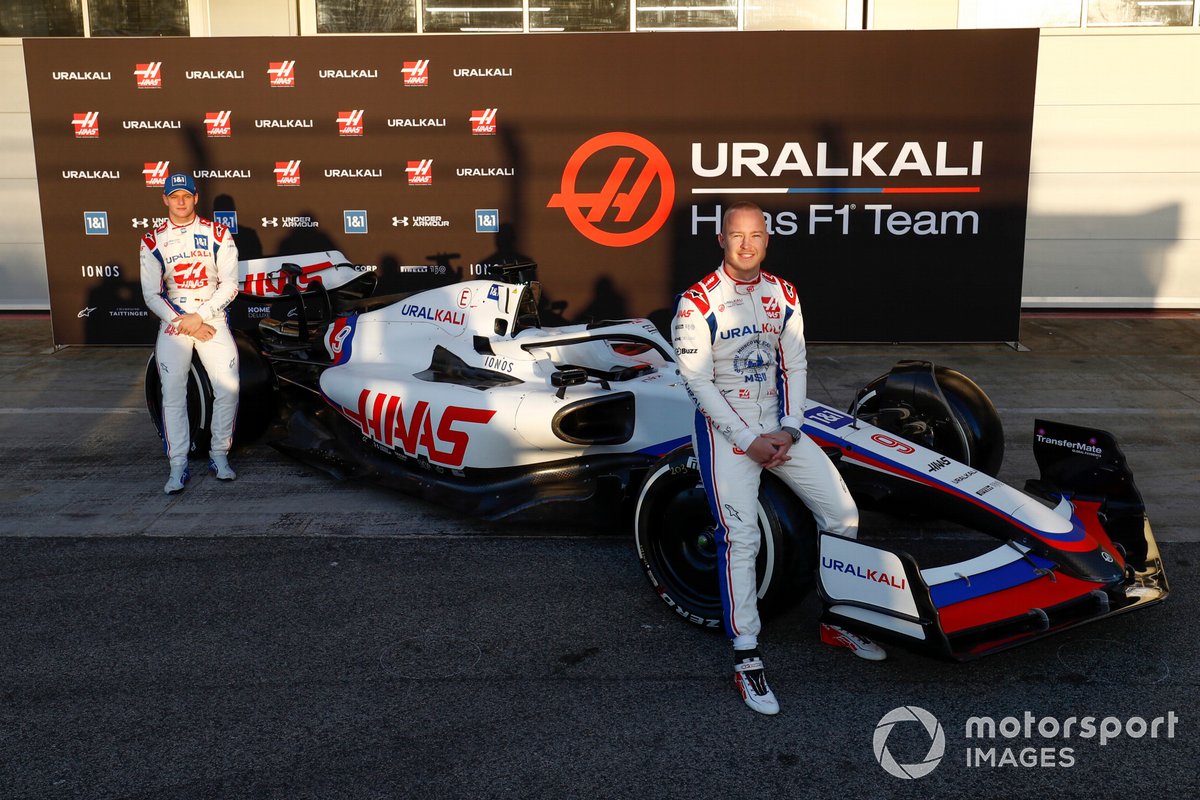 Haas issued the statement using its old logo that does not feature Uralkali in its team name.

Earlier in the day, both Mazepin and team principal Gunther Steiner had their press commitments cancelled.

F1 has raced in Russia since 2014, with President Vladimir Putin appearing at some of the earlier editions of the events to present trophies on the podium.

Vettel said in the press conference earlier today that while the Grand Prix Drivers’ Association was yet to discuss the matter, his mind was made up about racing in Sochi.

“My own opinion is I should not go, I will not go, I think it’s wrong to race in that country,” said Vettel.

“I’m sorry for the people, innocent people who are losing their lives, getting killed for stupid reasons under a very strange and mad leadership.

“I’m sure it’s something we will talk about, but as I said as GPDA, we haven’t come together yet.

“But personally I'm just shocked and sad to see what's going on. We will see going forward but my decision is already made.”