Haas is the Dane's third F1 team in four years, having spent two years at McLaren - as race driver and then reserve - followed by a year driving for Renault last season.

Sources at both Renault and McLaren have questioned his work ethic but Magnussen argued his old teams never gave him negative feedback in that area.

Haas is believed to be pleased with Magnussen's performances so far, which have yielded five points in seven races, while the 24-year-old is relishing having finally found a team he is comfortable with.

"It's a much healthier environment for a driver at Haas, at least that is my experience, than my previous experiences where I was in big teams, big companies in fact, that were struggling in the sport," he said.

"When you're in a place that is struggling, the pressure is huge on a driver.

"I came in with very little experience, brand new in McLaren, which is a very big team, and the pressure was immense.

"I feel this is a lot less pressure here, but very, very high motivation - it's a much happier place to be."

Magnussen hinted at a blame culture in his previous experiences, which was particularly challenging for a young driver trying to gain a foothold in F1.

"I would like to be under more pressure but only if it was because I was fighting for pole or wins," he said. 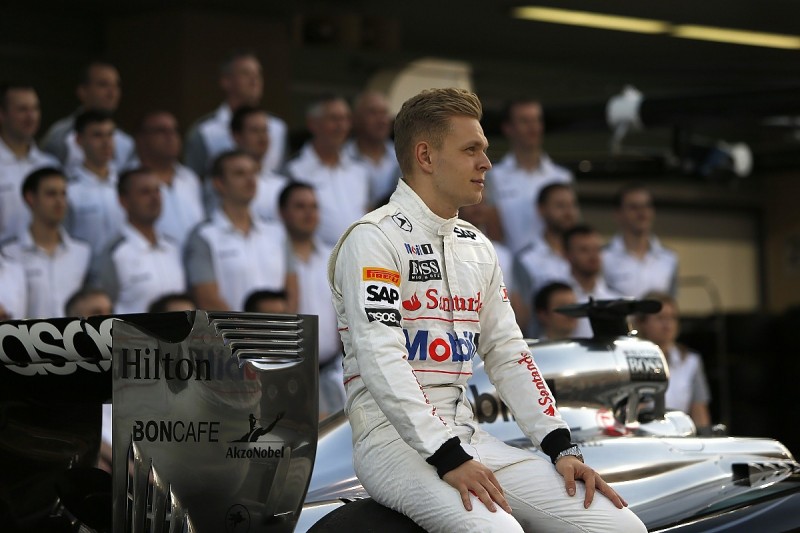 "In F1, there can be this kind of pressure where someone has to be blamed and the driver is easy to blame.

"Sometimes we are to blame, but not always, and it can be tough in certain situations."

In Romain Grosjean, Magnussen has a team-mate who had a stellar first season with Haas last year, comfortably beating his then team-mate Esteban Gutierrez.

Grosjean is leading the way in the points table again, with 10 points to five, but Magnussen is fairing well so far and enjoying the opportunity.

"I'm very happy I have a strong team-mate I can measure myself against," said Magnussen.

"He is someone that when I beat him, it shows well, which I appreciate a lot - you need that in F1.

"You only have your team-mate to measure yourself against.

"He needs to be someone who is renowned to be good otherwise it's difficult to shine."