Antonio Giovinazzi is set to join the list of drivers invited to participate in an Alpine Formula 1 test at Budapest later this month.

The Italian, who is already closely linked with a drive at Haas, has emerged as a possible candidate for the seat left vacant by Fernando Alonso.

Alpine is running the 2021 A521 used for its driver development programme at the Hungarian GP venue.

The team’s protégé Jack Doohan, who would have participated in the test anyway, will have a chance to strengthen his claim to the F1 race seat.

As previously reported, also scheduled to run are Italian GP star Nyck de Vries, and IndyCar driver Colton Herta, who is still trying to get a superlicence that will allow him to race for AlphaTauri next year.

It’s assumed that Alpine is giving the American some mileage as part of an effort to help Herta establish his F1 credentials and ultimately secure the AlphaTauri seat, thus allowing Pierre Gasly to move to Alpine.

If that doesn’t happen Giovinazzi, de Vries and Doohan are all obvious candidates, with the Italian in a good position if as Alpine CEO Laurent Rossi has indicated the team ultimately opts for someone with more experience. 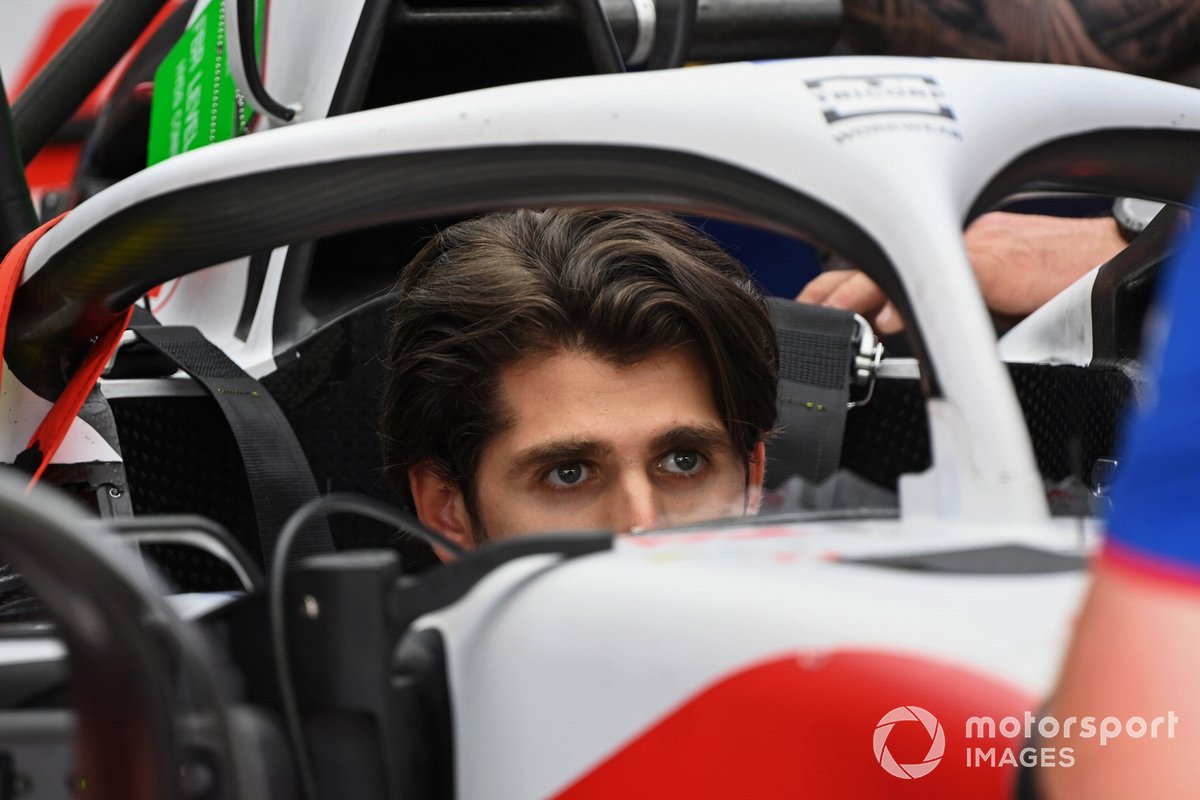 However, by finishing ninth in his first race last weekend de Vries has put himself high on the lists of all teams that currently have vacant seats.

“We need to find a driver that's capable of scoring big points right away,” Rossi told Autosport in Monza of the team’s driver selection process.

“This basically leads us towards a more senior driver if you will, but at the same that is capable to grow with us. So those are the criteria we use at the moment.

“Otmar [Szafnauer] is leading the process, seeing all of the drivers, discussing with them, assessing options, assessing them here, potentially assessing them in tests. So I guess it's going to be a process that is going to last a little bit.

“We want to make the right decision and there's no hurry.”

Giovinazzi, who was spotted in the Alpine hospitality unit in Monza, remains a Ferrari-contracted driver, which has helped his cause with Haas. However, he would be released if he was guaranteed a race seat elsewhere.

A solid showing in FP1 for Haas in Italy gave the former Sauber and Alfa Romeo a timely boost, and he is due a second outing in Austin.

"I want to be here next year for sure, it's not a secret, but it's not on my hands,” he said at Monza. “So let's see what we can do, and for now I focus on doing a great job in these two sessions. One is over, now we have another one."