Giovinazzi had a difficult start to the year, but the Italian's form improved in the middle of the year - allied to being highly rated by Ferrari after his development role for that team inthe past - helped to secure his future.

The best result of his rookie season thus far was his ninth place in Monza, although he was eighth on the road in Germany before receiving a penalty for a technical infringement.

"Antonio has done really well this year and I am extremely pleased to be able to confirm he will stay with Alfa Romeo Racing for 2020," said team boss Fred Vasseur. 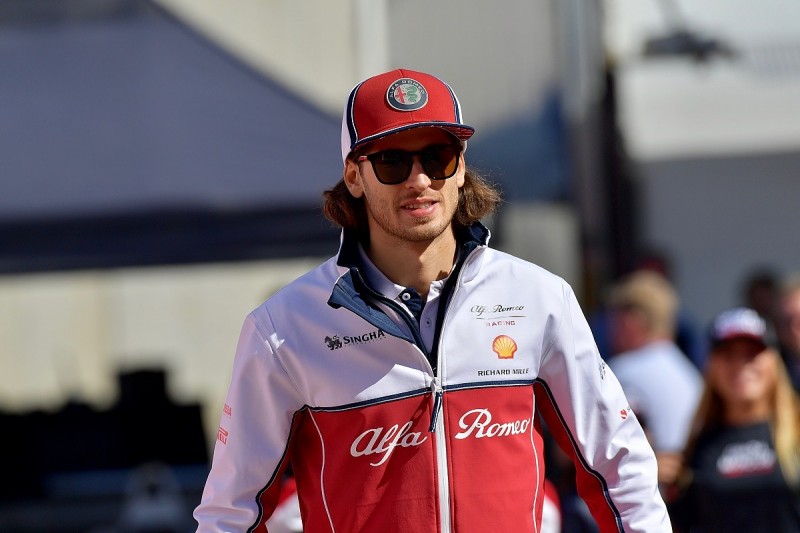 "The way he has integrated into the team and has consistently improved throughout his first full season in the sport are very promising and we cannot wait to unlock his full potential as we continue this journey together.

"Antonio has emerged as a very quick driver, even alongside as tough a benchmark as Kimi, and we expect him to develop even further as his experience grows.

"His technical feedback, work ethics and positive approach will help us continue to push our team forward."

Fiat Chrysler Automobiles boss Michael Manley added: "Following Antonio's contract extension with the team, we expect to continue making progress, both technically and on track, and add to Alfa Romeo's long and glorious history in F1."

Confirmation of Giovinazzi at Alfa also appears to have ended Nico Hulkenberg's chances of staying in F1 next year, as the German has already ruled himself out of the Williams seat that looks set to go to Formula 2 frontrunner Nicholas Latifi.

Hulkenberg has been linked to a move into DTM.