© 2021 Motorsport Network. All rights reserved.
TV Buy tickets Store
Previous / Sainz: Ferrari not a team that "devours" its drivers Next / Brown: New Williams F1 owners need to "get their chequebook out"
Formula 1 / News

Antonio Giovinazzi says he improved "quite a lot" as a Formula 1 driver in 2020, as he helped secure himself a fresh Alfa Romeo contract

The Italian is part of Ferrari's young driver programme, and was under pressure to up his game this year with youngsters like Mick Schumacher, Callum Ilott and Robert Shwartzman impressing in Formula 2.

Ferrari elected to give Giovinazzi another year at Alfa Romeo for 2021, with Schumacher being slotted in at Haas instead after the German won the FIA F2 title.

It will be Giovinazzi's third campaign with Alfa Romeo, having been a full time regular with the team since the start of 2019.

Reflecting on his performance, Giovinazzi felt that he made good progress throughout his second full season, acquiring four points in the campaign - the same number as team-mate Kimi Raikkonen as they helped Alfa secure eighth in the constructors' championship.

"I improved I would say quite a lot and I felt more comfortable with the car, with the team and everything," he said.

"This is something that every young driver says in their career, you feel always in the first season a little bit more nervous. Everything is quite new for you, and I am now just more comfortable with everything. 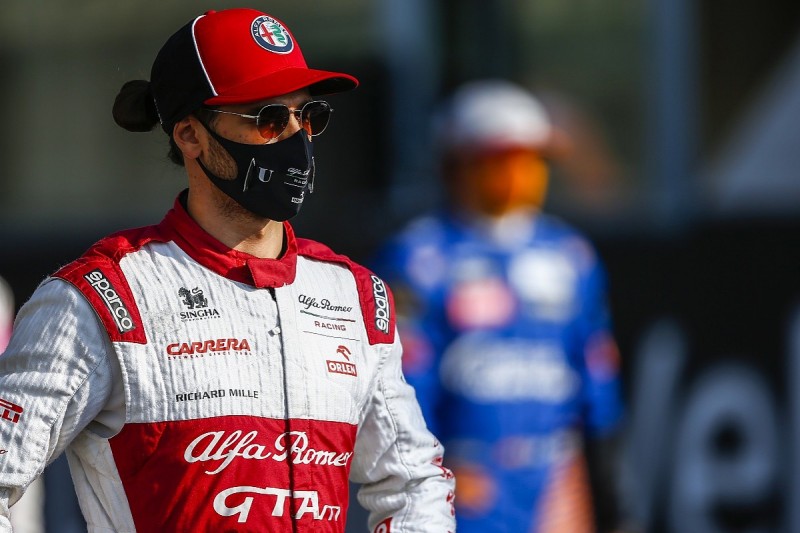 "Of course there are still a lot of things to improve and this is what I want to do also for next season. I just want do another step and try to improve myself."

Giovinazzi feels that his biggest step forward has come in his race performances - both in terms of his starts, and also his general pace throughout.

Asked where he felt he had made most gains, he said: "I think many points. I would say mostly on the race, because it was one of my negative points last season.

"On lap one, where I was quite not great, this year I think it has been quite a good season. And also on the race pace, I think I did good progress.

"Of course it's also with the help of watching what Kimi [Raikkonen] was doing, because I think he is one of the best there. So yeah, I think I'm happy with the progress, but still a lot of work to do."

Brown: New Williams F1 owners need to "get their chequebook out"