© 2021 Motorsport Network. All rights reserved.
TV Buy tickets Store
Previous / Red Bull could build its own F1 power units under new regulations Next / Giovinazzi improved "quite a lot" as a driver during 2020 F1 season
Formula 1 / News

The Spaniard has left McLaren for Ferrari to replace Sebastian Vettel, whose expiring contract was not renewed beyond 2020.

Vettel enjoyed a strong start to life at Ferrari, but as the team went through several changes and its competitiveness started to slip, the four-time world champion started to struggle.

The arrival of Charles Leclerc in 2019 further complicated matters for Vettel, as the Monegasque's mercurial performances gradually eroded Vettel's status and level of support within the team.

Ferrari called on Sainz to replace the German in 2021 after two highly rated seasons with the resurgent McLaren squad, culminating in two podiums at the 2019 Brazilian GP and 2020 Italian GP.

Despite Vettel's struggles with Ferrari Sainz doesn't believe his exit from Maranello is a warning sign as he prepares for his debut with the outfit.

"Ferrari is not a team that eats and devours its drivers," Sainz said.

"If you see Vettel's career... what driver wouldn't have wanted to spend five years at Ferrari like he has been?

"The longest I've been in a team is two years, so if Ferrari is a team that devours drivers, what are Renault, Toro Rosso and all the others?

"Alonso also spent five years at Ferrari. That doesn't seem like a team that devours drivers, but cycles.

"Of course I want to have a cycle at Ferrari, create a similar environment [to McLaren] there. I already have experience in creating a works team, and I hope I have a team equal, similar or better than the one I have at McLaren. I'm going to do my best to have it." 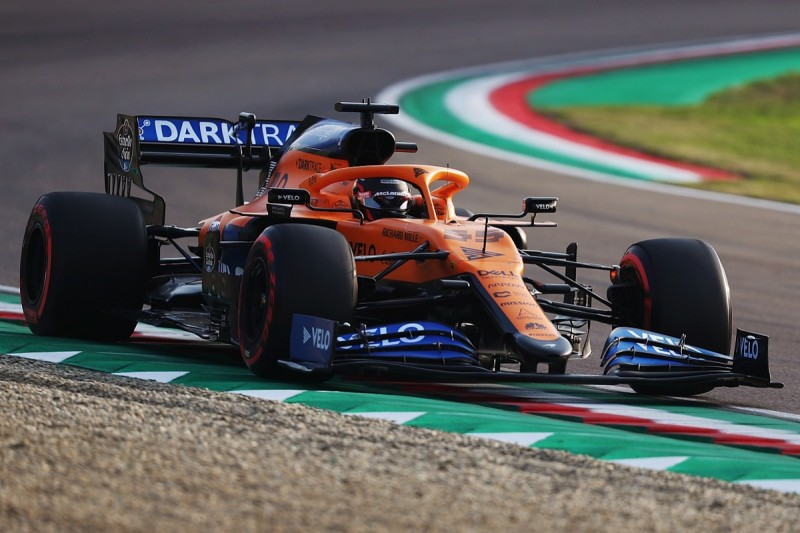 Sainz praised McLaren for making him an overall better and more consistent driver, which was reflected in the Spaniard's back-to-back sixth-place finishes in the world championship.

"A team like McLaren has allowed me to get the best version of myself as a driver," Sainz added.

"I am an improved version of what I was at Toro Rosso and Renault. I have improved in races, in starts, in qualifying, but I don't know where I am better now. It has been a continuous and probably more advanced progression than I thought.

"In McLaren I have felt more comfortable than in other places, and that stability of a two-year contract has allowed me to improve as a driver and adapt more to the car, get more performance. I'm very happy and very grateful for these two years."