Gasly's incidents in 2019 pre-season testing, the second of which he called "one of the biggest crashes I've had", disrupted the build-up to his race debut for the senior Red Bull squad in what was his second season of grand prix racing.

Although he scored 63 points for Red Bull in the first 12 races of 2019, he was demoted back to the junior team - then known as Toro Rosso - during the summer break, with Alex Albon taking his Red Bull seat.

When asked if he would alter his approach for the 2020 pre-season, Gasly told Autosport he "will have many more crashes in my career" and that he "had plenty in karting and it never stopped me to go fast".

"In a way I didn't crash many times I think last year during the season and testing in a way is also done for that - I'd rather crash in a test than during a race," he continued.

"Of course I need to be careful - it's not something you want and going into testing I want to do all the tests clean.

"But also driving F1 cars with more than 1000bhp and going at crazy speeds, you know there is always a risk for things to happen.

"But, no, of course we know the target for the test is to do as many laps as we can, develop the car and I'll do everything on my side to have the best test possible."

Gasly also explained that training "quite hard and quite a lot" in the US over the winter meant he feels "more prepared physically, mentally than I was in the previous seasons and just ready to get started".

The 2020 season will be the first time in Gasly's single-seater career that he has had proper continuation from one season to the next. 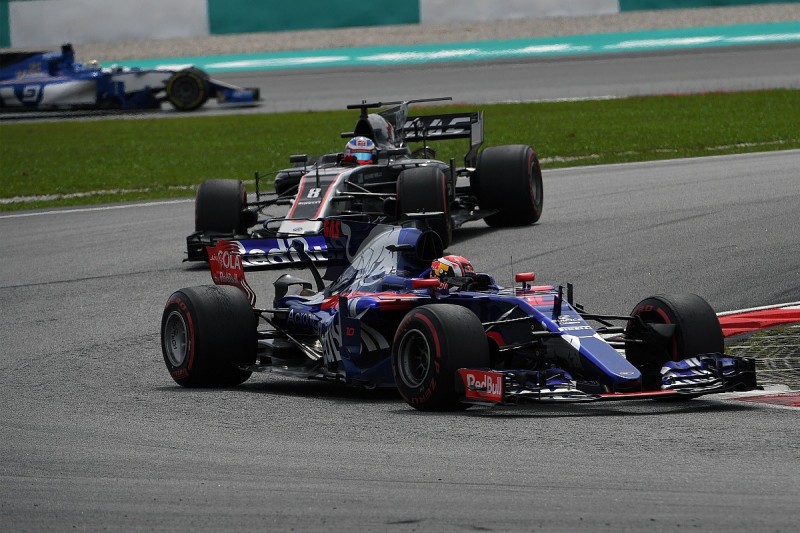 After switching teams at the end of every campaign he completed in junior categories, Gasly's five-race cameo with Toro Rosso in 2017 before his first full campaign with the team the following year was the closest he has come to having stability between seasons.

Outlining the benefits of having "a bit more stability than I had in the past" going into 2020, he said: "It's actually a nice feeling because for the first time since my first year in single-seaters I see the same faces for more than one year.

"Over the winter, I didn't have to adapt to a new environment, or build a new relationship, which always takes time.

"I have the same people around me and I could just focus on myself as an athlete, as a driver focused on the things I need to do to make myself better."

The hard charger who punched his team manager