The outfit starred at the second round of the season, where Gasly scoring a sensational fourth place in the team's second race with engine partner Honda.

But Toro Rosso was unable to replicate that kind of performance at the next two events, struggling near the back in China and last weekend in Azerbaijan.

Gasly said the team has been unable to understand the slump after such a strong showing in Bahrain, but stressed the Honda engine was only one part of the problem.

"It's difficult, really, because the last two weekends have been really tough in terms of performance," said the Frenchman.

"We knew that China has one of the longest straights of the season, Baku as well.

"Even on the chassis side we are not so competitive. We seem to be competitive under braking but then all the traction fades.

"We don't really have the pace. It's something that we need to understand.

"Even myself I don't understand how it's possible to be so competitive, have a car that is that good there balance-wise, also in terms of potential, and then to have such a big delta as soon as you go to another track."

Team-mate Brendon Hartley said he was also finding it difficult to understand why Toro Rosso has struggled.

"I wish I knew," said Hartley, who scored his first point in F1 with a 10-place finish in Baku. "The obvious question is why were we so quick in Bahrain?

"OK, Pierre had the result. I also had the pace in Bahrain, but obviously I didn't get the result.

"I don't have the answers and I think the team will continue trying to understand. But yeah, it was only a few weeks ago [the Bahrain result]." 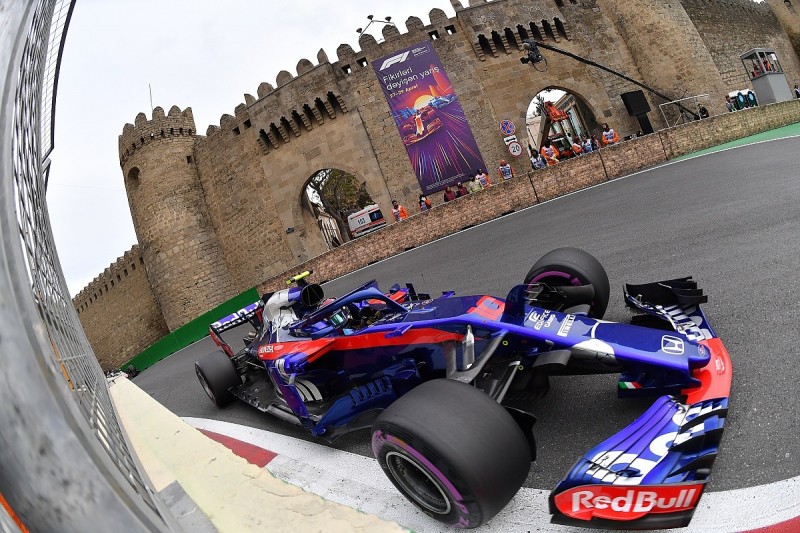 Gasly said after the Azerbaijan race that the power unit's energy management had been "quite difficult" for the team.

"We had a difficult weekend again," said Tanabe.

"[The] pace in qualifying - especially Gasly's car - was not too bad. The position was bad because of the accident [Gasly had to avoid Hartley on his final qualifying run in Q1].

"Our pace during the race was not good enough. We need to analyse that.

"We had a lot of passing during the race. Energy management side and PU performance, we need to analyse."