The Frenchman bounced back from a Friday engine fire in second practice that forced his team to break the FIA curfew to build the spare chassis for Saturday.

Gasly subsequently qualified ninth, and after losing a place to Kimi Raikkonen at the start he worked his way up the field, claiming fifth from Sergio Perez on the penultimate lap.

"I think it is fair to say that," he said when asked by Sky Sports F1 if he was in his best form. "Obviously with a bit more experience now I think I manage and approach the weekend in a different way and manage to extract everything a bit more.

"So I think it is fair to say that. There is still many areas to improve, but it is working well, and also the team is doing everything I need to perform so we have a good working relationship.

"It was a great race for us, and as I said we are really strong at the moment. We finished sixth last weekend and fifth this weekend, so honestly we've managed to really extract everything from the car on Sundays.

"Also on my side I feel that I am performing at a very good level." 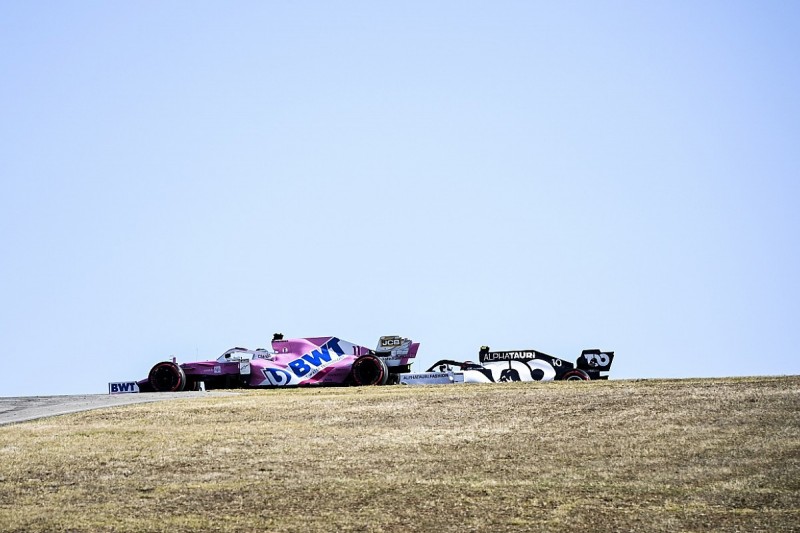 Gasly had no explanation for why his car had such good pace in the Portimao race.

"We were very competitive. I must say I really enjoyed the race. It was very entertaining inside the cockpit, and I am really happy we managed to pass the Renaults, the McLarens and the Racing Point of Sergio [Perez]," he said.

"Especially after all the work the guys have done on Friday night, they slept one hour and everybody was really tired after rebuilding a full new car, so I am pleased to give them back this fifth place.

"When you change chassis you always think, 'OK it can go either way, either get worse or better.' If anything that one seemed to work pretty well, and it's always good to confirm straight after and get a good result with a new chassis."

Gasly's pass on Perez came after a controversial blocking move on the previous lap that led to a reprimand for the Mexican.

"It was a bit sketchy," he said. "I don't know how it looks from the outside, so I need to see the footage, but the difference of speed at that moment is so big, I was probably 30kph faster than him.