Pierre Gasly believes his AlphaTauri Formula 1 team can fight midfield rivals McLaren and Ferrari "on all tracks" after showing promising pace in Bahrain.

Gasly and AlphaTauri starred in qualifying for F1's season opener, with the Frenchman starting fifth behind Ferrari's Charles Leclerc and ahead of McLaren drivers Daniel Ricciardo and Lando Norris.

AlphaTauri's qualifying pace has given Gasly confidence that the Faenza-based team will be in the mix at the head of the midfield for the entire 2021 season.

"I think [with] the pace we've shown all weekend we are in the mix with the Ferrari and the McLaren and that's the positive," Gasly said. "I think we're clearly going to fight with them and on all tracks."

While Tsunoda impressed on his debut by moving up from 13th to ninth in the race, passing Lance Stroll on the final lap of the race, Gasly's race was ruined on the first lap when he hit the back of Ricciardo and had to pit for a new front wing. 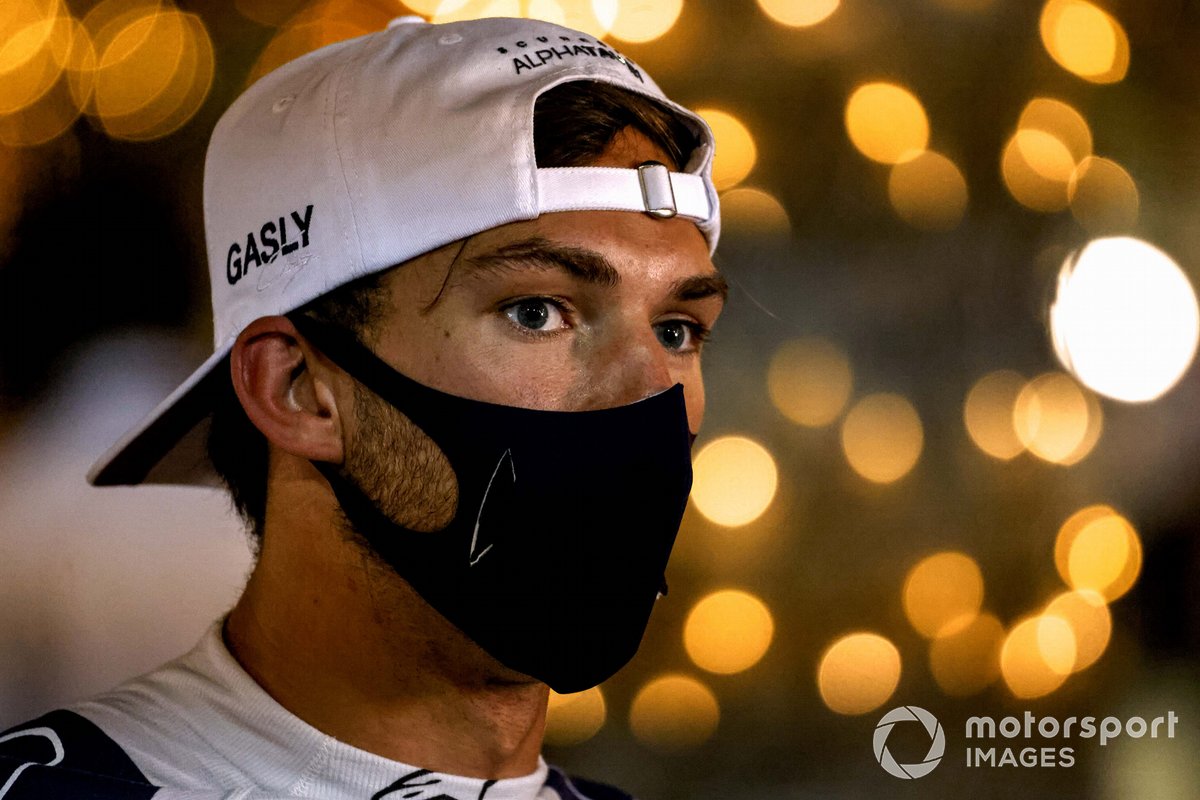 Gasly, who eventually retired from the race with further damage, was disappointed that AlphaTauri's promising pace wasn't converted into a big haul of points.

"When I had the contact with the McLaren, after that the race was pretty much over," Gasly continued.

"I broke the front wing, I damaged the floor and then that was it pretty much. We had some more issues towards the end of the race, which meant we had to retire the car.

"Obviously, I'm very disappointed because there was a good fight with the Ferrari and the McLaren. We missed some good points."

Gasly believes AlphaTauri's improved form, which is set to be boosted by incremental upgrades between now and May's Spanish Grand Prix, is also encouraged about what lies ahead for the team, starting with next week's Emilia Romagna GP at Imola.

"Looking at the positives I think the whole weekend we've showed some really strong pace in qualifying, the long run on Friday looked strong and I think we would have been in the fight with the Ferrari and the McLaren," he added.

"It didn't happen, so now we just need to keep doing our work and focus on the next one and make sure that we get the points there.

"I'm sure we'll be back fighting with them for the next ones."