Max Verstappen says Formula 1 should “give credit” to Lewis Hamilton for the Mercedes driver’s run of success and titles, when discussing who is the best driver in the championship.

In an exclusive interview with Autosport, Verstappen discussed his rivalry with the seven-time world champion, which has taken on a new dimension at the start of the 2021 season as the Dutchman’s Red Bull team has begun a campaign with the fastest car for the first time in the turbo hybrid era.

This led to a thrilling season opener in Bahrain last month, where Hamilton beat Verstappen after the Red Bull driver’s late passing attempt to reclaim the lead went wrong.

When asked who he believed to be the best current driver in F1 – specifically other than himself – Verstappen replied: “Man, you know it's super hard, but of course you have to give credit to Lewis.

“[For] the way he has dealt with all the years, to always come back and be honoured and win that amount of races and championships. You definitely cannot go around Lewis.

“But, of course, there are still a lot of other people in Formula 1, I think who are very good, very strong, and would have been very good in that car as well.

“But still, of course, the way Lewis has won and also sometimes in tricky races - like last year in Turkey, to win that race, I think he did very well.

“Yeah, definitely he is one of the best ever in Formula 1.” 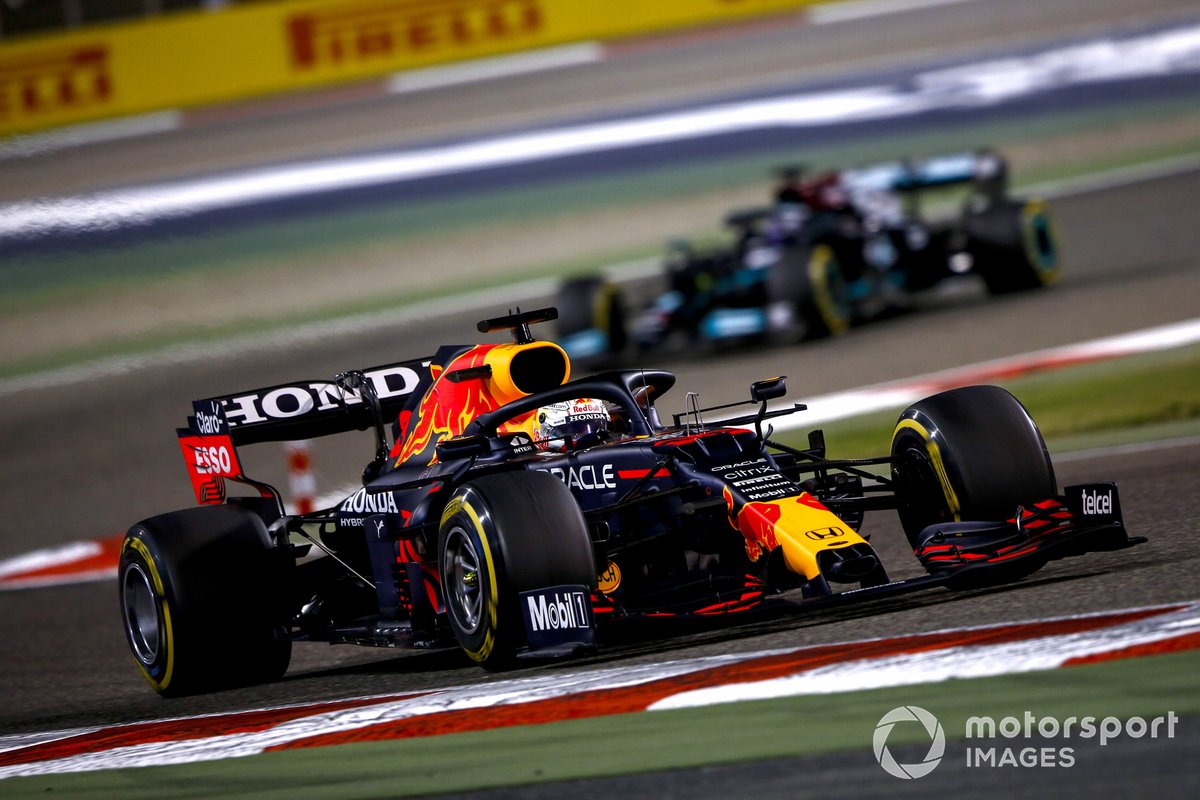 Verstappen has had an almost unique position in F1 since the start of 2020, as the only driver so far with the speed and car package combination capable of challenging the Mercedes drivers for race wins.

He finished behind Hamilton or Valtteri Bottas nines times last season, six as runner-up, and beat the Black Arrows twice – his win against the formbook at the 70th Anniversary GP and after Red Bull had developed its RB16 up to the Mercedes W11’s performance level (Mercedes opted to stop developing its 2020 car in August, after seven rounds) by the season finale in Abu Dhabi.

But despite being regularly that close to Hamilton – and ahead for the opening phase of the 2021 season opener after starting from pole – Verstappen explained that he does not choose to imitate his rival when examining where he can drive even better.

“I first look at what I could have done better or different - [after] every single race.

“And then... I do watch other people and review stuff, but I am not someone who copies. I'm myself.

“Because if you copy stuff from others, you're always going to be behind first of all - because you're not innovating and becoming better than them.

“Of course you can just look at it, you can observe it. But at the end of the day, I'm myself and I think that works the best for me - to be myself.”