Formula 2 frontrunner Artem Markelov has been linked to a possible Williams Formula 1 team deal, and indicated he will stop racing if he is not in F1 in 2019

With Lance Stroll and his backing set to move to Force India, possibly within this season, Williams will be searching for extra finance for 2019, and Markelov and his Russian supporters could fit the bill.

Crucially the 23-year-old is one of the few drivers on the market who has a budget and a superlicence, having passed the FIA's 40-point requirement when he finished second to Charles Leclerc in last year's F2 championship. He stayed on for a fifth season in the category in 2018 and is currently fifth in the standings.

Though Markelov is currently part of Renault's F1 junior programme, that team already has Nico Hulkenberg and Daniel Ricciardo signed for 2019 and has Jack Aitken as its main 'third driver'.

One complication is that Williams already has Sergey Sirotkin and SMP Racing on board, and it is understood the two Russian drivers and their support packages might not be compatible. 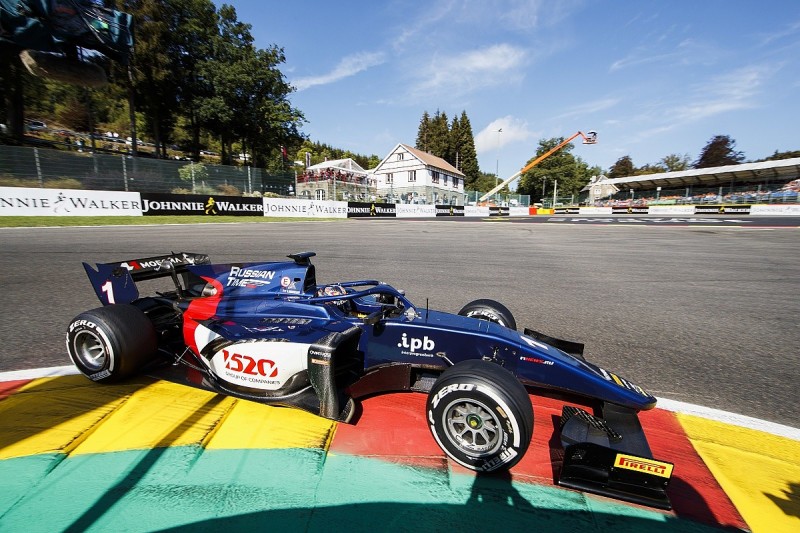 Markelov said at Spa that he and his backers "still don't know yet 100%" about 2019 plans, but added: "hopefully we'll get some possibilities to drive a Formula 1 car next year."

Asked if Williams would be an interesting possibility, he said: "Yeah, hopefully they will look at me and try to put me in a car and give me this opportunity."

Markelov insisted that he would not stay on for a sixth season in F2, saying he had done "too much already" since joining what was then GP2 as German Formula 3 runner-up in 2014.

A Williams seat is also a very useful opening for Mercedes as it looks for somewhere to place its protege Esteban Ocon for 2019.

Should Ocon end up at McLaren, Mercedes can focus on getting its other junior George Russell - the current F2 leader - into Williams.