The addition of the halo is the biggest design change for the 2018 breed of F1 cars, though on-track running has been limited to short trial runs in tests and free practice sessions over the last two years.

Mercedes driver Valtteri Bottas told Autosport recently that the halo made no difference to him on a simulator race run and Sainz believes it will not take long to adjust to on-track.

"I think it can be an effective device," said the Renault driver. "As drivers, we will have to adapt to it, 20 laps or so in testing should be enough time.

"The engineers will see how it affects aerodynamics. I have seen the work done in the windtunnel back in the factory but now we need to test its behaviour on track.

"Visually, I don't think the halo looks too bad once it has been integrated in the car.

"We will all get used to it and it will be normal fairly quickly."

Sainz is preparing for his first full season with Renault having been loaned to the team for the final four races of 2017 by Red Bull. 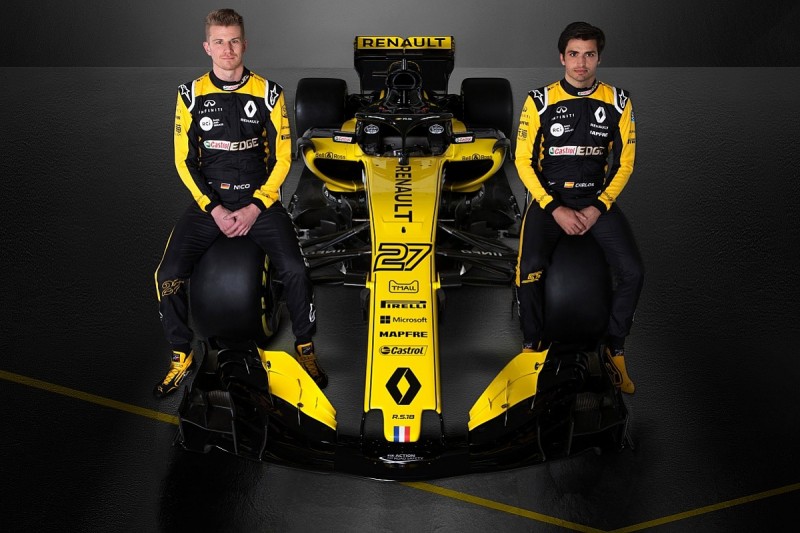 After moving across from Toro Rosso to replace the ousted Jolyon Palmer, Sainz scored points on his Renault debut in the United States Grand Prix with a seventh-place finish.

"I think it was worth it and has helped me to prepare better for the upcoming season," he said.

"Now I go to testing knowing my engineers and mechanics better, gathering more knowledge on the car and being able to adjust more things to my preferences.

"This way I can focus on finding a strong base line to start the championship on the right foot."

Though he did not trouble the top 10 over the next three grands prix Sainz was closer to team-mate Nico Hulkenberg in qualifying than his predecessor Palmer.

Hulkenberg is expecting a constant intra-team challenge this season.

"There's a young, hungry and good driver who's on the other side of the garage and he'll keep me on my toes," said Hulkenberg.

"Hopefully I can show him a few tricks too."

Mercedes and Ferrari F1 launches: Who will copy who for 2018?