American car giant Ford says a return to Formula 1 is not on its agenda, with the huge costs involved in a programme the main deterrent

The arrival of Liberty Media as F1's new owner has prompted hopes of a brighter future, and that a rise in popularity could help attract more manufacturers.

Furthermore, the FIA is hoping carmarkers not currently involved in F1 can play a part in planned discussions to frame engine rules for 2021 and beyond.

F1's existing manufacturers, Mercedes, Renault, Ferrari and Honda, have agreed with the FIA that the current V6 turbo-hybrid formula will remain in place until at least 2020.

Only Ferrari has powered more drivers to world championships than Ford's 13 in its legendary partnership with Cosworth.

It has not, though, had an F1 presence since powering Jordan in 2004, and Dave Pericak, director of Ford Performance, says that is unlikely to change.

"We're not really looking at F1," he told Autosport.

"I don't see us getting into that any time soon.

"Formula 1 is so expensive. If you look at every series we are in right now there is a relevance to all the goals and objectives we have, in developing our tools, technology and people and translating that into road cars.

"Every series that we're in has an element of that." 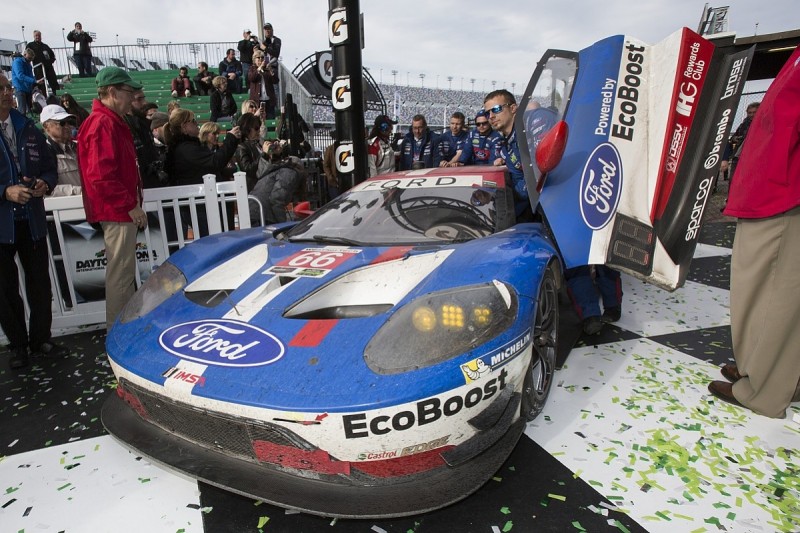 Ford returned to GT racing with a new programme for the World Endurance Championship and IMSA SportsCar Championship in 2016, winning the GTE class of the Le Mans 24 Hours on its debut.

Pericak, who has denied Ford was eyeing a return to IndyCar, emphasised that its focus was on categories with road relevance.

"We use the track to test and improve our technologies, and bring it back into the road cars," he said.

"To be able to leverage that [racing] programme to polish the Ford oval and to communicate what Ford is about - our engineering prowess - has been really powerful."