Vettel admitted after winning the season opener in Australia that his team still needed to make improvements to the SF71H, so F1 rivals Mercedes came into Bahrain favourites after Lewis Hamilton's dominant Q3 performance in Melbourne.

However, thanks to some key steps made to improve the feel of his car, Vettel says that getting on top of the balance helped things "come alive" to deliver an all-Ferrari front row in Bahrain.

"We mostly tried to work on the set-up, and understanding the car," he said.

"We tried different things, but obviously on a weekend you don't have much time.

"In Australia, the first race, on a tricky track, it is improving a lot through the weekend, and it is very bumpy, so it is difficult to change too much and draw conclusions.

"But after the weekend, after the race distance, when you have so many laps - I had a very good understanding and feel, and we have been talking about it and looking into it.

"Overall I have been happier this weekend with how the car has been responding and how the front end is responding.

"You also see it in the result, but I think the good news is that we are a lot closer in all the conditions, if you look at all the sessions.

"That is the only difference - for the rest it is the same car as Australia, [but] it is surprising for us after Australia to be that competitive." 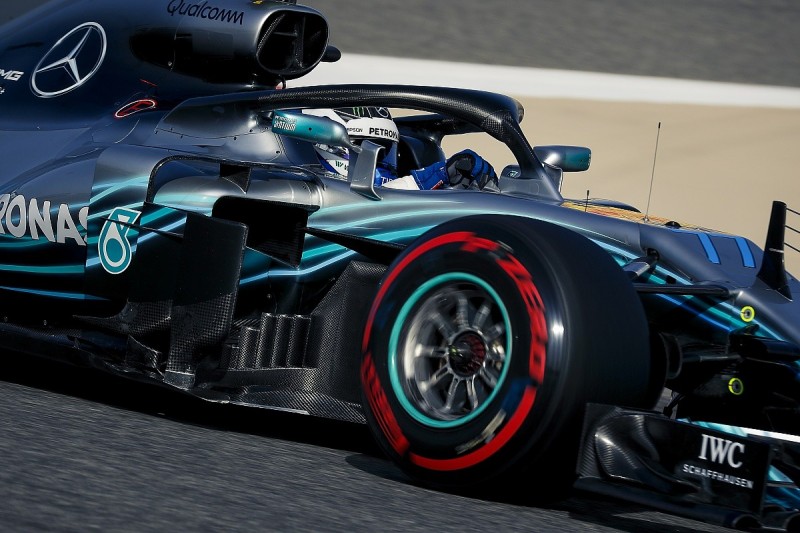 Although Mercedes driver Valtteri Bottas missed a place on the front row by just two hundredths of a second, the Finn says his team is baffled as to why Ferrari has the edge this weekend.

"I agree we are not having the pace this weekend that we expected coming here, but we also didn't have anything new since Melbourne," said the Finn.

"It is a very different circuit, different tarmac, different temperatures, so for sure we need to understand completely why.

"We are struggling a little bit with overheating issues with the tyres, less so in the evening sessions, but still we have work to do.

"Like we have been saying all through the beginning of the season, we are not miles away.

"Ferrari this weekend so far has been a quicker car and that is where we are.

"We were better in Australia and we need to understand why we were not quickest today."