After claiming his 91st Formula 1 pole position Lewis Hamilton will aim for a record seventh British Grand Prix win. Here's how and when you can watch the race

The reigning F1 world champion starts from pole ahead of Mercedes team-mate Valtteri Bottas as the pair dominated in qualifying at Silverstone by setting a new track record and ending qualifying over a second faster than Max Verstappen in third place for Red Bull.

Hamilton did have to overcome a spin midway through qualifying which briefly triggered a red flag to clear gravel off the track during Q2.

With Ferrari's Charles Leclerc slotting into fourth place, Lando Norris impressed again for McLaren as he starts from fifth place ahead of Lance Stroll who arguably underdelivered for Racing Point having topped the Friday afternoon practice session.

It was another tough day for Sebastian Vettel who said his British GP weekend "can't get much worse" after effectively missing all of FP1 with an intercooler problem, before loose pedal issues also hampered his FP2.

The four-time F1 world champion has qualified down in 10th place.

Alex Albon is also struggling for Red Bull as he was knocked out of qualifying in Q2 for the second consecutive race and will start the Silverstone race from 12th place.

The Thai driver suffered a heavy crash in midway through FP2, before missing 45 minutes of FP3 with an electrical fault with his RB16.

With Sergio Perez forced out of the British round after testing positive for COVID-19, stand-in Nico Hulkenberg qualified 13th having reunited with former team Racing Point. 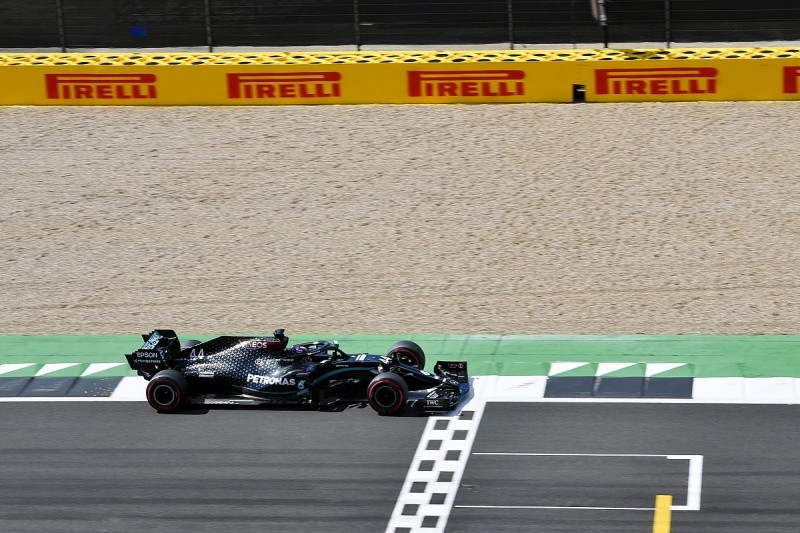 How can I watch the British GP?

Autosport is running a live text commentary for the British GP.

Current weather forecasts predict a cloudy sky with periods of sunshine at Silverstone on race day, with a low chance of rain throughout the day.

The temperature is expected to be cooler than Friday and Saturday with highs of 20 degrees Celsius for the race.

How many laps if the British GP

The race is scheduled to complete 52 laps of Silverstone's Grand Prix circuit, covering a total race distance of 306.198km.

Verstappen: Red Bull would still be behind Mercedes in hot conditions

Wolff: Mercedes dominance not making us any friends in F1