Formula 1 bosses hoping for 'a long partnership' with Silverstone

Silverstone has a 17-year contract to host the race, which runs until the end of 2026, but owner the British Racing Drivers' Club is considering exercising a break clause because of financial pressures.

The first race of the current contract in 2010 cost organisers £12million and an escalator built into the arrangement, as is common in F1 venue deals, means it will cost around £26m by the final year.

Autosport understands the BRDC has yet to decide on whether to activate the break clause, but that it is highly likely to do so and then attempt to secure a fresh deal with better terms.

F1 commercial chief Sean Bratches says F1 is "in conversation" with the BRDC regarding its future on the calendar and insisted there is a desire to keep the race for the foreseeable future.

"We have an agreement firmly through 2019," said Bratches.

"Our view of the world going forward as relates to our promoters is our ability to inject enthusiasm in the sport and activate that in many ways.

"We're going to continue to move in that direction and put our energy into creating value for our promoters and we're looking forward to working with them to that end.

"Silverstone plays an obvious role in the history of this sport and our objective is to create an environment which makes a strong business case for everyone.

"It's early in the game, we're working closely with them and we're hoping for a long partnership with our friends at Silverstone."

A 21-race F1 season is planned for 2018 and new owner Liberty Media has made clear it wants to increase the number further in the longer term.

McLaren's Fernando Alonso said on Thursday that he would not be keen to stay in F1 if the calendar expanded substantially. 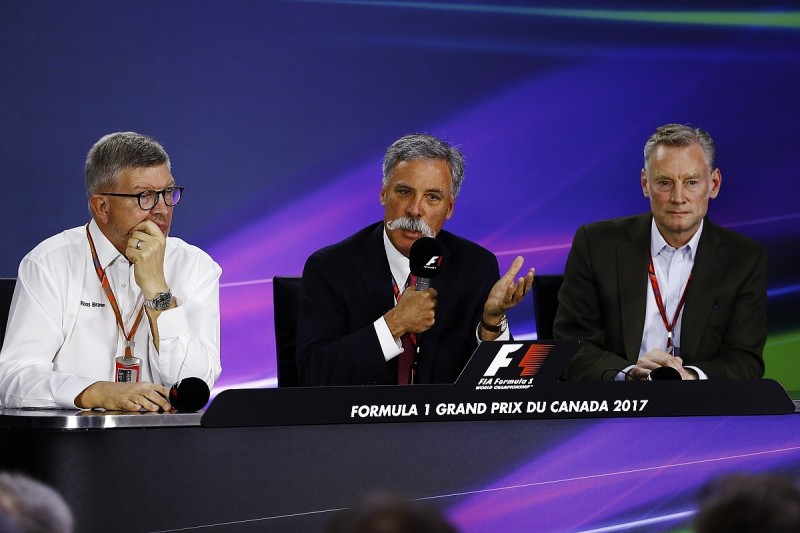 When those comments were put to F1 chairman Chase Carey, he replied: "I don't think it's constructive to get into hypotheticals.

"We've talked about adding another race in the US in a destination city like New York, Miami or Las Vegas and continue to evaluate those things.

"But priority one is making the events we have great.

"It's a quality over quantity process for us."

Bratches added that F1 would go "on the offensive" to encourage cites to host a grand prix.

"From a promoter standpoint, going forward we are going to be a bit more on the offensive than we have historically," he said.

"To do that, you'll have to be more equipped to deal with objections and you'll have to really sell to markets we think are important to grow this sport.

"We think the markets that are important to grow this sport are large cities with large fanbases that can be activated for the next generation of fans."

Has Mercedes woken from its nightmare?