Ross Brawn has said Formula 1 is at "a crossroads" in its bid to define its future direction, and this week we should get a proper glimpse of where its new owners want to take it

Following some intensive research by in-house specialists hired by the F1 organisation, the new management will present its vision at two meetings in the coming days.

On Tuesday in Paris the focus will be on the 2021 engine regulations, and that will be followed by a regular Strategy Group gathering in Geneva on November 7, where there will be more widespread discussions - with reducing spending likely to be the main subject of debate. 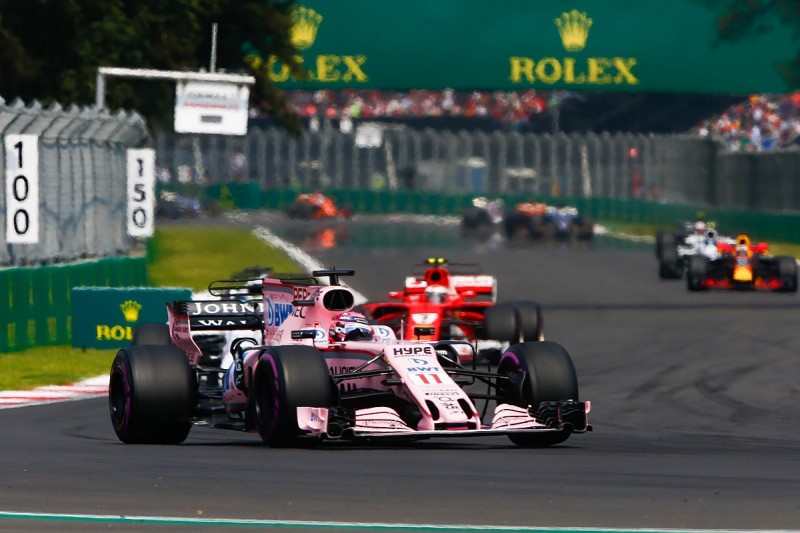 Brawn has made it clear that the key target is to ensure a more competitive field where smaller teams have a shot at winning races.

The intent is to define sporting and technical regulations that will promote competition, as well as introducing financial controls that will help to ensure that those with the biggest budgets do not completely dominate.

"We want a proper meritocracy, we want the best teams to win in F1," Brawn said.

"But when they have an off day we want to guy in the middle of the pack coming through and winning a race.

"And we want the middle field team who gets a great driver one year, suddenly they're winning races, and telling a big story.

"F1 is at a crossroads at the moment. For many years there was no structure to develop the sporting, technical and financial framework that the sport was run with.

"It was the teams themselves that were trying to make the rules up, and as the competitors, they weren't the best people to do that. We now have an organisation, a structure.

"I have engineers, I have technicians, I have financial strategists who are looking at the business of F1 to find better solutions, to improve the sustainability and to improve the competitiveness of all the teams, so that we have much better racing.

"That's what brought me back into F1, the opportunity to do that.

"And I'm very optimistic. We've had a very good response from the teams, and over the next few months we'll be introducing the ideas we've got, and working with the teams to refine them, and they'll be coming in the next few years." 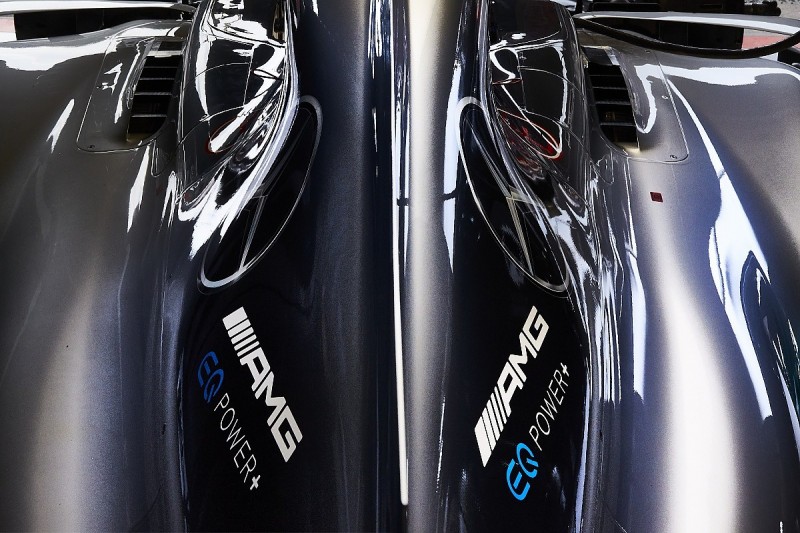 The engine discussion is the cornerstone of it all, not least because current and potential manufacturers need as much notice as possible of what they will be running in 2021.

The general idea is to keep the basics of the current engine, but with simplified technology.

Brawn says the new format must "stir the emotions," admitting that the current hybrid power unit has failed to capture the imagination of fans.

"We're working on new engine regulations for 2021, and the priorities are different," he said.

"The priorities are sustainability, fairness throughout the pitlane, and fan engagement, because one of the things with this engine we have now, despite being a miracle of modern engineering, it hasn't engaged the fans.

"It's low-revving, it's quiet, it doesn't stir the emotions in the way that we need to. The new engine is going to move back in that direction."

The issue of costs is also being addressed, with the general aim of making it cheaper for teams to obtain a supply.

"The powertrain of these cars really is very impressive, but it's inordinately expensive," added Brawn.

"For the manufacturers who are running their own teams, that's fine, it's all part of the package. But if you're a customer team, the costs are extortionate.

"The cost of an engine these days is about twice what it used to cost before these engines were introduced.

"And that was never a factor that was considered when the regulations were introduced.

"We're now in the phase of introducing a new engine for 2021, and the commercial considerations are a very strong factor, because this is all part of the sustainability."

The power of spending 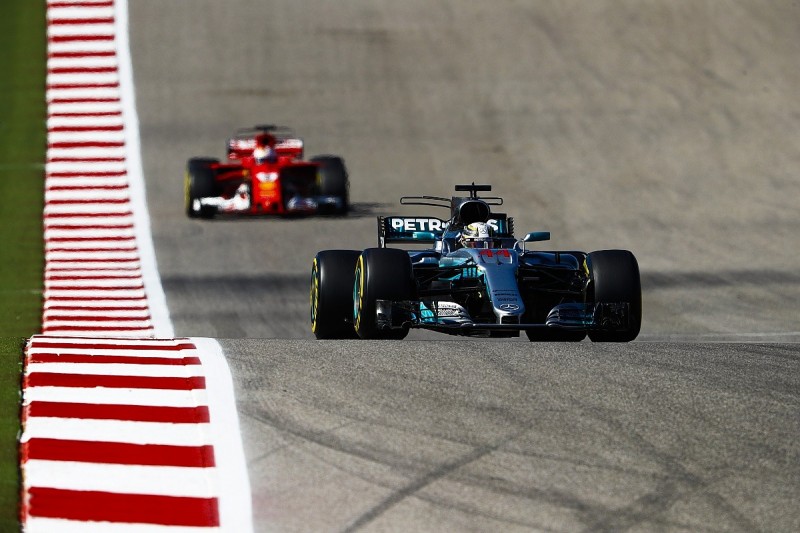 Brawn wants to ensure there is a limit to how much performance manufacturers can gain by pumping in money.

"We want to have less opportunity for greater investment to bring performance differentiation with the engine," he said.

"We want there to be a difference between a Ferrari engine, a Mercedes engine, a Renault engine, but that gap needs to be controlled, so that you can't pour millions of dollars in and start to widen the gap with your competitors.

"We are just in the process now of introducing the concept to the teams, working with the teams to get the regulations right, and then that will be the engine that we have in 2021."

He emphasised that cutting spending is critical, and that F1 wants to ensure teams can run on reduced budgets in the future to ensure they can survive long term.

"I know from my experiences within teams that finances are vital to the competitiveness of the team," Brawn said.

"If you take the current dominant team - Mercedes - they have the biggest resources in F1.

"They spend around half a billion dollars a year to get the results that they get on the track. And that's a fantastic achievement.

"The problem is they are four seconds quicker than the guys at the back of the grid, and that's no good for the business. Also it's not really sustainable.

"During their period of domination they spend more to stay dominant.

"When that domination fades away, the budgets they have become awkward, because they are now not succeeding, and yet they are spending a huge amount of money."

Are the teams on board? 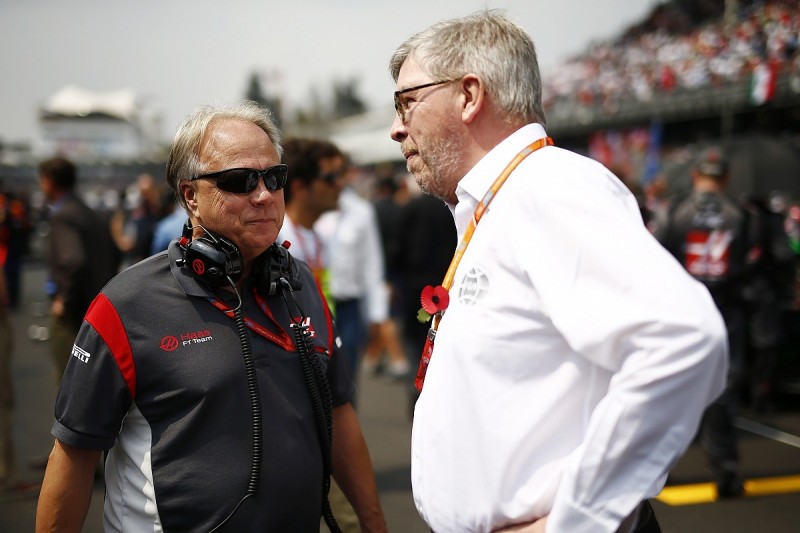 Brawn stresses that the manufacturers want to bring their costs down, and that top executives have asked him to find ways to cut their spending.

"Those teams, particularly the boards of those teams, have come to us and said 'Please save us from ourselves - we want control over what we can and can't do, to make the business more sustainable, to bring the budgets down to a level that even if we are not winning, we can still justify it'," he said.

"Mercedes, to take an example, always want to be winning, they want to be in the top three, and they're prepared to accept a reduced competitiveness, if it means greater sustainability.

"They are in this vicious loop now of huge budgets, having to dominate to justify the budget, and looking for a way out. Not a way out of F1, a way out of that condition that they are in."

Brawn insists that all the teams now support the idea of reducing spending, something that was not the case in past years, when those with big budgets wanted to maintain their advantage.

"The level of budget control we are talking about will still maintain all of the DNA of F1, the advanced technology in the cars, the excitement - but at a level that is sustainable," Brawn said.

"All of the teams are responsive to the introduction of a system over the next few years where we control the level of spend that an F1 team is allowed to have."

These upcoming meetings are just the beginning of what is likely to be a lengthy process, and there is bound to be a lot more talk before we see any concrete action.

But if everything goes to plan, F1 will be in a much better place a few years down the line.