With higher cornering speeds under the new tyre and aerodynamic regulations set to require more physical strength from drivers, Ocon has put on 5kg in body weight.

"I was on a big protein diet, it was very hard, I had to force feed myself," he said.

"It's been very hard, I've been doing nine hours of cardio per week, 10 hours of gym and all the rest was reaction training, circuit training... very hard stuff."

Asked whether weight had ever been a problem in his career before, Ocon - who is one of F1's tallest drivers - replied: "Not really. Last year I was on the limit of the weight, even though I'm very skinny.

"This year there is no restriction at the moment and the team agreed it was more important to feel good in the car than be underweight and not be able to drive the car.

"Everything is stronger. I really improved on that aspect [the weight].

"Cardio, I went biking with some friends that were following me before and now they just can't follow me anymore. So I'm very happy with the progress."

In previous years, F1's heavier drivers have been at a marked disadvantage compared to their lighter rivals.

Ocon is relieved that is changing with the new rules.

"Now you can develop yourself more and do a bit more gym and eat more as you want, and that's a nice thing," he said. "Everyone will feel much better." 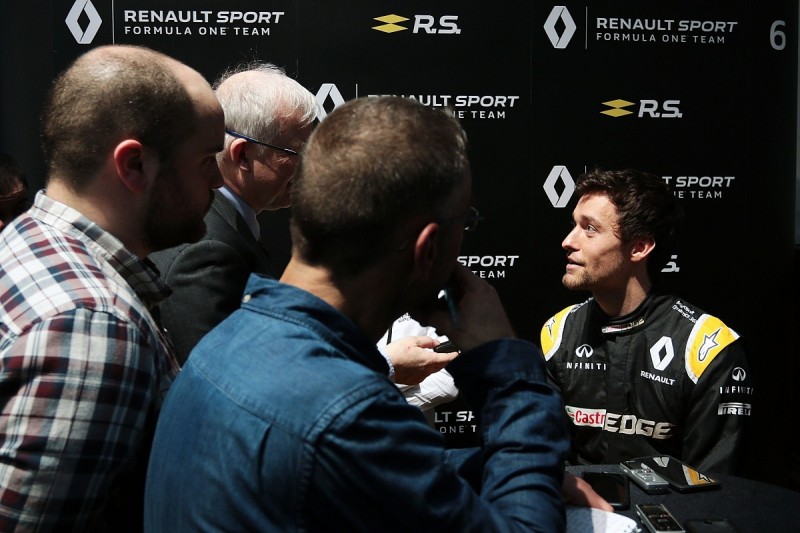 Renault's Jolyon Palmer was another driver to have deliberately put on the pounds over the winter.

"I have indulged in more foods, but I am a healthy eater," said Palmer.

"It is the first winter in many years where I have actually had to put on weight.

"I had the full works at Christmas, Christmas was anything goes.

"I have put on between three to four kilos from last season, and basically that is upper body strength.

"It has been a lot of hours in the gym, hard work to get there, and I am looking forward to see how it stacks up on track."