The pair were racing for position shortly after a safety car restart in Baku when they collided on the exit of the Turn 2 left-hander, with both cars damaged in the incident.

Perez - who was eventually forced to retire from the race - suggested earlier on Thursday that Ocon needed to be "intelligent" enough to understand what he had done wrong.

But Ocon said he met with Force India heads at its Silverstone base to discuss the matter and that the team had apportioned equal blame to both drivers.

"After the race I took a plane to go to Silverstone to review [the incident] with the team," said Ocon.

"They prepared some notes with what they thought and we came to the conclusion that it was a 50/50.

"It was not only my fault, not only Sergio's fault but it was both of our fault.

Responding to Perez's comments, Ocon said he felt no need to change his mindset and that he was under no additional pressure to prove himself after a "strong start" to his first full F1 season.

"I'm not going to change my attitude, I think it's been working well since the beginning of the year with the team and the way we work," he said.

"The only thing I think we [Ocon and Perez] will change is just to be careful on what we do when we race. 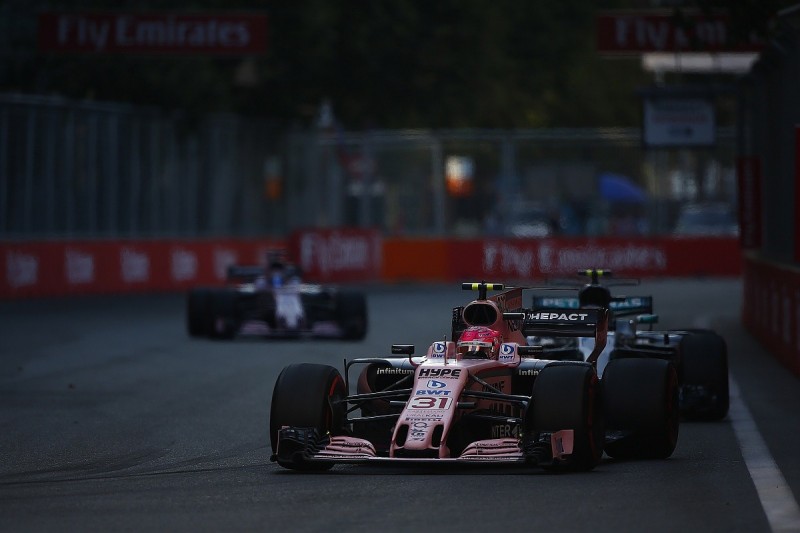 "We'll continue to race and it's going to be a big competition between the two of us all season long, especially because I will take more experience and feel more comfortable on tracks I know.

"But here we just need to keep a fair fight and that's it.

"We had an event with [sponsor] BWT, we spoke normally, and there is no more tension than there was before.

"It's not going to change the work we have in the team because also it's important that we stay professional inside and we have a strong job to do ahead of this season.

"I'm not afraid, I'm a competitor.

"But you can't make a stupid thing and I'm not feeling that I need to prove anything to keep my place in Formula 1.

"I'm doing a strong job at the moment, I'm scoring almost at every race which is great, and the team is happy with my performances now at this moment so I don't feel pressure to be doing something."