The Force India pair were battling for a potential podium finish in Baku when they collided after a safety car restart, damaging both cars - Perez's more seriously.

Perez is adamant that the clash was avoidable, but sees no need for his team bosses to step in and dictate new rules of engagements.

He thinks the only thing that needs to change is Ocon's mindset.

"I think more than a rulebook is just making sure that with Esteban we are free to race, but what racing means," said Perez ahead of the Austrian GP.

"If they tell you you are free to race but you just push your team-mate in the wall, then that is not the right way forward.

"I expect him to be intelligent enough to understand what he did wrong and change his attitude a bit for the benefit of the team.

"Simply, Esteban has to understand what racing means. Racing means just racing another car, not crashing into the other car.

"I think pretty much all the team-mates on the grid are free to race with respect to the other car and to the other rivals.

"In four years with Nico [Hulkenberg] we never had an issue and were free to race." 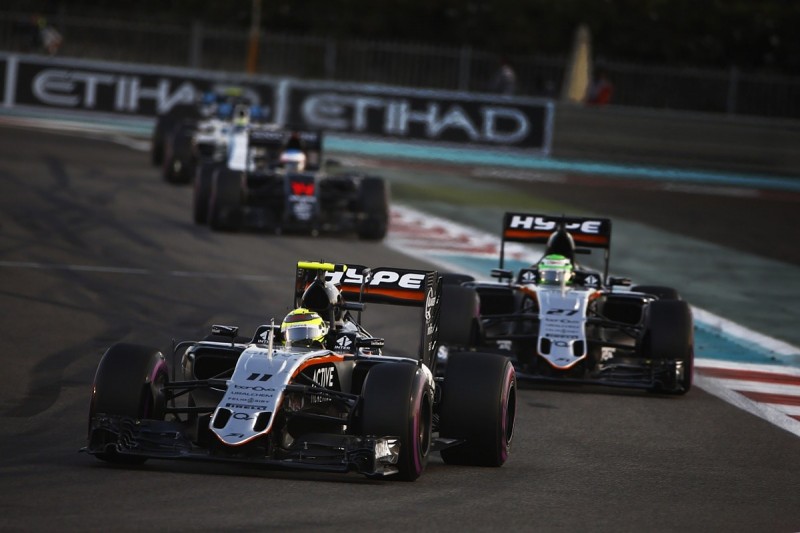 Perez says the Baku incident was especially frustrating because he had already conceded position to Ocon when they touched.

"The move was already done," he said.

"He was already ahead of me and he just didn't leave enough room.

"I don't think you have to be a genius to understand what happened."

Perez has not spoken to Ocon since the incident, but made it clear how unhappy the team was at the missed opportunity of Baku - especially after the controversy between the pair in Montreal when Ocon was unhappy that Perez would not let him through as they chased a podium.

"I think what happened in Baku was totally unacceptable from the team point of view," said Perez.

"In all my experience I have had with team-mates, the competition has been really intense between team-mates but never to that extent, never to just unnecessarily crashing into each other.

"At the end of the day, it is the team who paid the price."