Force India unveiled its 2017 Formula 1 car, the VJM10, at Silverstone on Wednesday

It is the 10th F1 challenger produced under the Force India name, with the sometime Jordan, Midland and Spyker team now nearly a decade into its stint under Vijay Mallya.

As was the case with the previous three F1 cars unveiled so far this year, the VJM10 features a thumb-tip nose and a shark fin, as well as significantly different front and rear wings to meet the new aero regulations come.

Force India enjoyed its strongest season to date in 2016, when it finished in fourth place in the constructors' championship with 173 points, beating the likes of Williams and McLaren.

"I'm very excited," said Mallya as the car was unveiled.

"Many commentators have said we punch well above our weight and to add to that we are world champions for the amount of money spent.

"It is a huge compliment, it speaks volumes for the passions, creativity and talent of my team and everyone at the factory.

"This passsion will get more intense and the passion to improve further is going to be pretty relevant in 2017."

Technical director Andy Green said the scale of design change prompted by the new regulations was much higher than usual.

"Compared to previous seasons, this is as close to brand new - it is 95% brand new," he said.

"The philosophy is similar but we are effectively starting from scratch.

"It was a jigsaw to put togther but we have the basis of a car now." 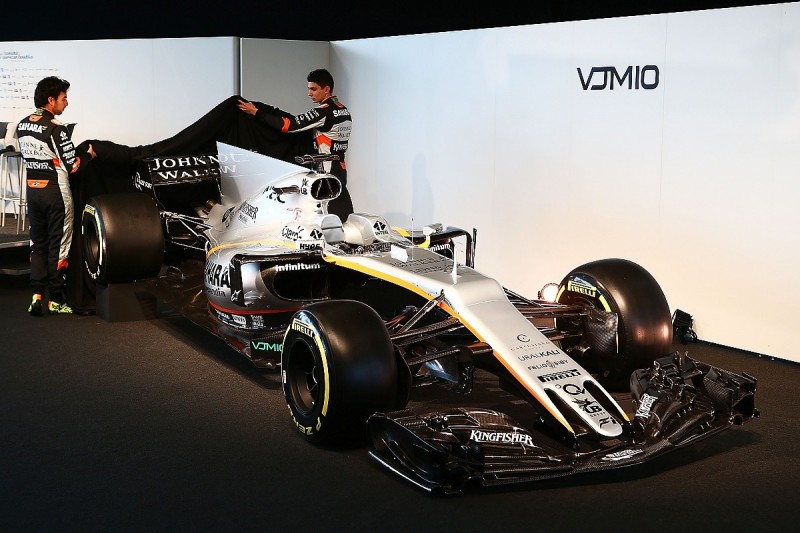