Deputy team principal Bob Fernley has already stated the team's F1 with the long-awaited introduction of the updated car.

Although windtunnel and simulator running suggests progress should be made, Perez and Hulkenberg are naturally cautious until they have had the time to fine tune the car to their liking.

"The whole team has been waiting for this upgrade," said Perez.

"I'm really optimistic and I'm sure it can be a great year. Saying this, we have a big upgrade so we have to work our way around it.

"We have to understand the car, the characteristics, how to drive it, how to exploit the best out of it.

"So while the numbers we have seen look quite promising, at the same time we are realistic.

"Anyone in the paddock will tell you an upgrade means it's not just putting it in the car and getting on with it, but it needs some process and work to understand how to get the maximum out of it.

"Hopefully in practice we can have plenty of mileage so we can see where we are, to understand and cope with all the changes."

Like Perez, Hulkenberg concedes to feeling "very excited" at the prospect of getting behind the wheel, but also appreciates the entire package may not be a hit from the word go.

"We've been waiting a long, long time to finally come here and put the updates on the car," said Hulkenberg. 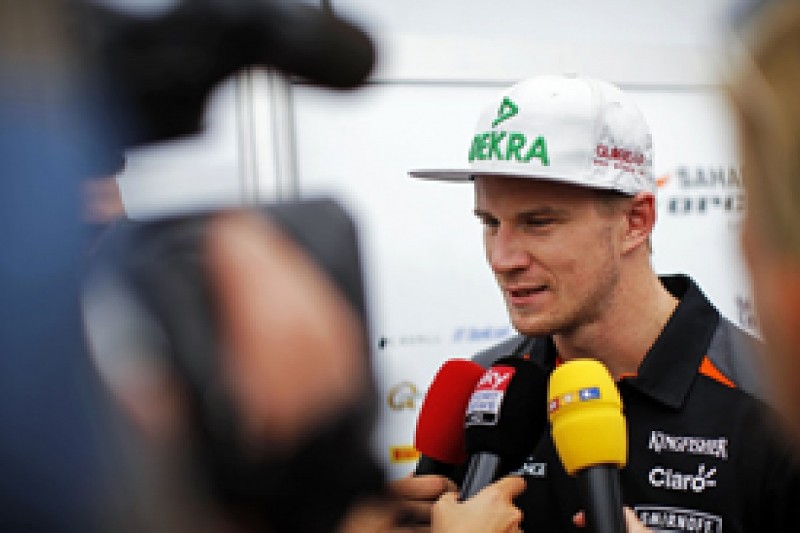 "I saw them yesterday on the car - looked good. Now we need to prove it tomorrow in reality.

"Whether we can trust the windtunnel data is difficult to say because this package is a new aero philosophy for us that has been done fully in the Cologne windtunnel, which we've never done before.

"We don't really have much of a reference there, so it's quite hard to gauge to be honest."

Fernley has also suggested Force India could find themselves in a position to push Red Bull for fourth position in the constructors' championship, should the car be as strong on track as it has suggested behind the scenes.

Again Hulkenberg was wary, initially joking: "Bob is optimistic there!

"It really depends where we put ourselves with this package.

"We'll be out tomorrow and we expect to gain in performance, but often it is the case with limited running and tyre deg in practice you only learn so much, so you need more time with the car, to change the set-up around the updates.

"It's very usual and common that you bring something and straight away it's okay, but then you keep finding performance in the next couple of races and weekends. That might also be the case.

"The focus should be we learn as much as we can about it this weekend, run the way we need to with set-up, and move on from here."
shares
comments
Previous article