Force India technical director Andrew Green reckons his Formula 1 team should be able to fight with Williams in 2015, thanks to planned improvements to its engine and aerodynamic testing

The Silverstone-based F1 squad enjoyed a strong start to the 2014 season - reaching as high as second in the constructors' standings after Sergio Perez made the Bahrain Grand Prix podium.

But Force India's form tailed off as the season wore on, and it eventually lost out to a resurgent McLaren in the battle for fifth in the final table.

The team recently announced a deal to use Toyota's windtunnel facility in Cologne, starting in 2015, and Green reckons Force India will be a much more competitive proposition next season.

"I'd like to think we could take a step in closing the gap, given that we know if we can solve the deficit we have in the handling characteristic of the car, there's significant laptime to be had," Green told AUTOSPORT.

"Hopefully we can get up and at least be chasing Williams.

"That should really be where we're at, and I think we can do that with all the things we're putting in place for next year, and the windtunnel testing.

"Mercedes are [also] doing a good job with the engine over the winter.

"We're very excited about what they're bringing for next year and what we've learned to add to next year's car.

"I think we should be back where we were at the beginning of the season." 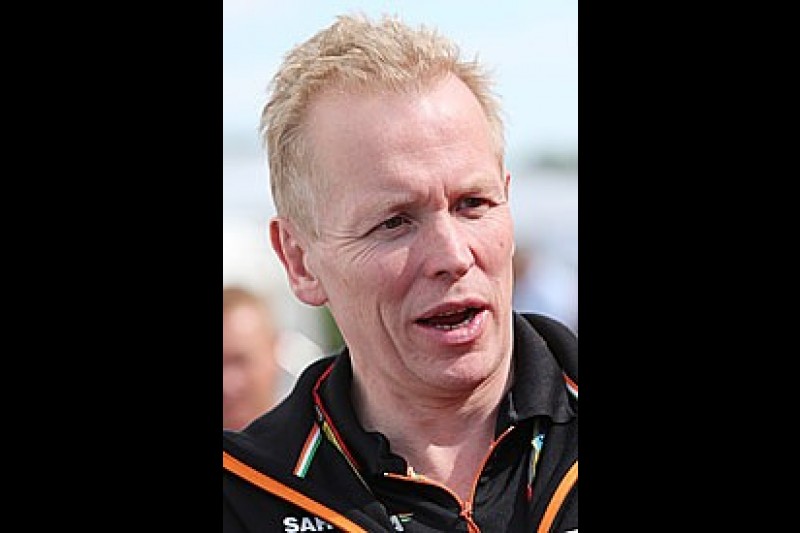 FORM LOOKS WORSE THAN IT WAS

Green said Force India had actually maintained its deficit to the leading Mercedes works team across the balance of the season, but argued other teams had simply jumped into the gap as they improved at a faster rate.

"We track our progress relative to the polesitter, depending on the track - because we know which tracks our problems are at - and we haven't been that far from tracking Mercedes," Green added.

"The fact is that Mercedes has been that far in front and there's been quite a big gap.

"At the beginning of the season there was quite a big group of cars behind us and we looked quite tasty.

"What happened over the course of the season was that teams popped into that gap.

"It looks like we've effectively gone backwards in the rankings, but our performance relative to the top guy hasn't really changed that much.

"We were adding things to the car and it was making a difference - it just wasn't really showing because of our position.

"Until we start putting more people behind us, it's not going to show on track."