Ferrari admits a filming day it ran at Monza last week gave it a head start prior to running its new upgrade package at the Formula 1 Spanish GP weekend.

The revised parts proved their worth in Barcelona when Charles Leclerc took pole position, with his team-mate Carlos Sainz qualifying third on Saturday.

Teams are allowed two filming or promotional event runs per season, and it’s up to them to decide when and where to use them. The restrictions are the use of Pirelli demo tyres and a limit of 100kms.

Rather than use both days around the launch of the new car, like some rivals, Ferrari opted to save one to give its major new update package a first track outing prior to its public debut in Spain.

Mercedes followed a similar strategy, with George Russell running in the W13 at Paul Ricard.

While most other teams had to start from scratch in gathering data on their latest updates on Friday in Barcelona, Ferrari was thus a step ahead from the start of the weekend.

“On a filming day you can run for 100 kilometres, so the mileage is quite short,” said chassis operations manager Claudio Albertini when asked by Autosport about the value of the exercise.

“But it's useful, because actually you can do some, let's say, dedicated manoeuvres that are difficult to do in a race track with the other cars.

"I would say that it was helpful to give us confidence of what we were doing, because at the end with this short timing you cannot change things, because there’s not enough time. 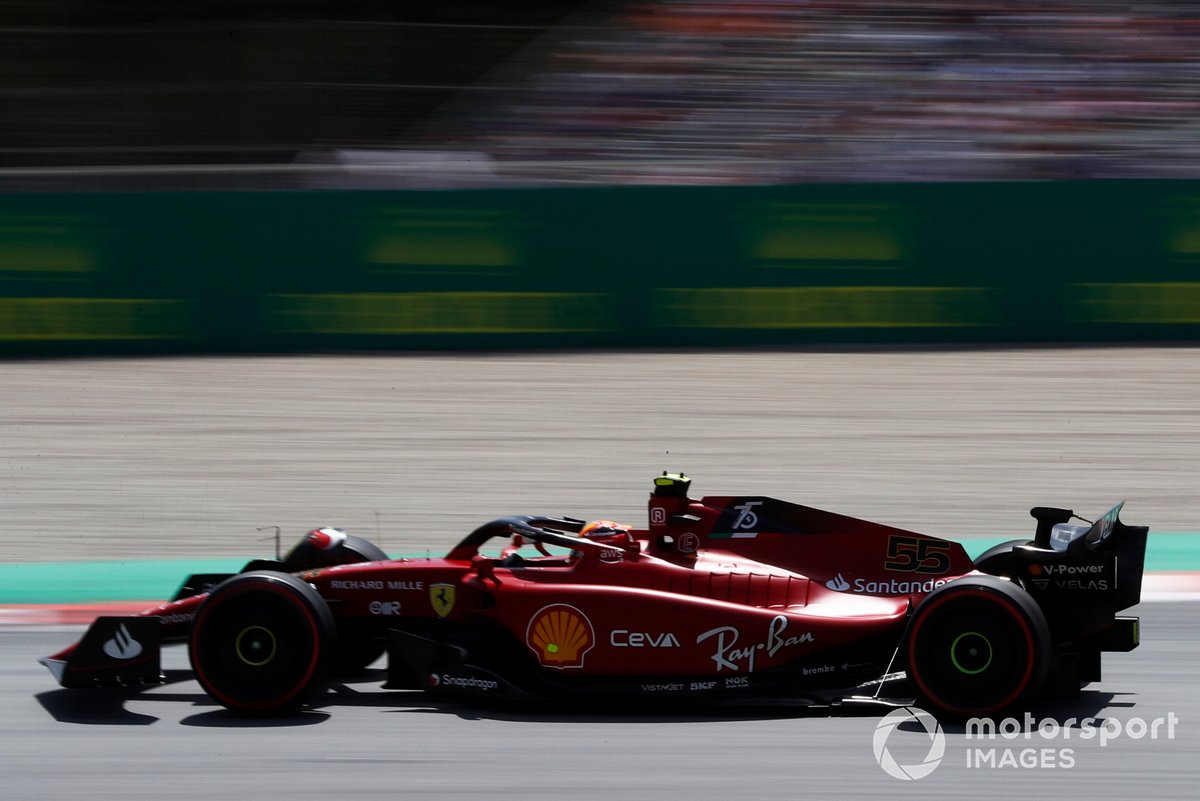 “But it's important because then you can trust what you're doing, and you can have a better direction at the race track.

“These days the occasions of doing track activity are not a lot, so you have to maximise everything.”

Albertini confirmed that Ferrari ran the two cars in different specs in the first session in Barcelona, with only Sainz having the full package initially.

"We did a comparison car-to-car,” he said. “So we put one car in the complete new configuration, the other with partial, because most of it we were already confident after the testing that was okay, and so we compared the two cars in FP1, already let's say from the second session we could align with the other.

“Obviously we did some back-to-back compared to old parts, that is the normal job just to have a better correlation with the simulated data that we have at home, and the real data that you can measure on the car.

"This cross-check a positive result on Friday. And then we decided to align the cars to the latest spec.

“We kept everything for the qualifying. So overall it was positive, and everything stayed in the car since the beginning.”

F1 set to group races by region in 2023 calendar reshuffle