The FIA has warned it will not tolerate Formula 1 teams developing trick engine modes to make exhaust-blown rear wings more effective, in the wake of Renault's aggressive 2018 design

Although Renault's layout is fully within F1's technical rules, there were suggestions it was not within the spirit of the regulations - and could spark a spending war on development.

Renault is convinced of the legality of its concept, and F1 race director Charlie Whiting made it clear on Tuesday that he is also satisfied there is nothing wrong with what the French car manufacturer has done.

But, with Renault suggesting it would work with its engine department to increase the performance benefits from blowing the rear wing, Whiting has warned the team against doing anything trick with engine modes.

This would include the type of off-throttle blowing that was at the centre of a development war between teams at the end of the V8 era.

When asked by Autosport if there were any concerns about the Renault wing, or a potential spending arms race opening up, Whiting said the only concern for him revolved around engine usage.

"I think it is absolutely minimal what they [Renault] will get from it," said Whiting.

"I don't see any problem with it provided we are sure they are not operating their engine in a false mode - a mode that wouldn't be normal.

"We have to accept that there is and always has been some exhaust effect, but obviously in 2012/2013 it was massive.

"We've chipped away at that and one of the things for the 2014 [V6 turbo hybrid] rules was to make sure there was no effect from the exhaust - but there must be a little one.

"We will have to deal with that, and we will see during the course of the year whether we need to do something to minimise that." 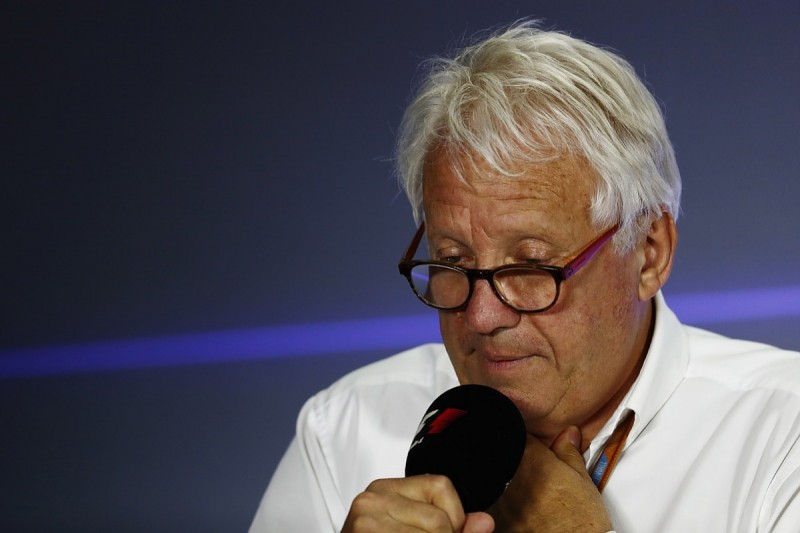 Although rules have been changed for this year to minimise blown wing potential, which included the ban on monkey seats, Whiting said it was inevitable teams would still try to find performance in this area.

"We were concerned with exhaust blowing last year," he added.

"With the wings becoming 150mm lower than they were in 2016, there was more benefit to be gained.

"That is why we put the exhaust pipe in the middle and with a minimum angle.

"Teams managed to build monkey seats, which we managed to get rid of by changing the bodywork regulations, but there was still a little window of opportunity.

"You know what teams are like - if you take one thing away they will try to get 10% of what they had."