A number of leading F1 racers have continually criticised the look of the halo, which has been made mandatory for this year on safety grounds.

Kevin Magnussen suggested recently the 'ugly' design could also cause visibility problems at tracks with elevation changes like Spa.

Todt is unimpressed with such remarks, and said drivers especially had no right to speak out against it - because the Grand Prix Drivers' Association pushed so hard for it to be introduced.

"It is short memories and it was a request from the drivers," said Todt, during a media briefing in London on Tuesday.

"On December 16, 2015, I got a letter than was signed by [GPDA directors] Jenson Button, Sebastian Vettel and Alex Wurz, urging us to decide for head protection for the drivers, and I said, 'We are there. We will listen.'

"Immediately we asked the technical people as a priority to see what could come out, and on July 27, 2016 they [the drivers] knew a meeting was going to happen - and they said: 'Don't be weak. Please respect what we have asked you on safety'. So we committed to taking that into consideration.

"I must say I am so surprised. I love F1 but I hate this part of F1. You have people who don't have [keep] their word.

"For me we are talking about the biggest asset in life: it is loyalty and having [keeping] a word and having respect of what you have been undertaking.

"We have respected that and some have forgotten that, but that is where we are."

Todt will not engage in 'childish games' 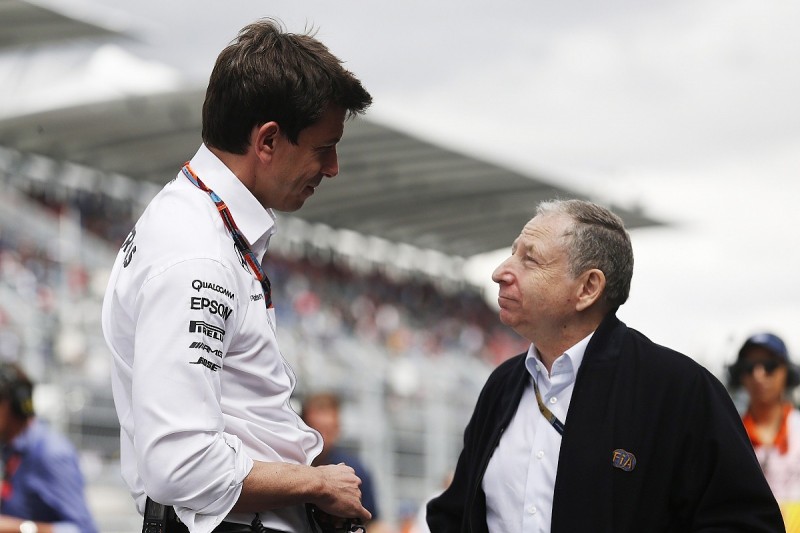 When asked about Mercedes boss Toto Wolff's recent comments suggesting he would like to cut off the halo with a 'chainsaw', Todt said: "I will not react to what has been said. It is simply a childish game.

"I will only tell you for me, I love F1, and I think we all should love F1. I think it is very inappropriate whoever you are, just to publicly deny something which is introduced.

"For me, constructive criticism is always good because it makes you move forward, but public criticism which is not good for the sport - I don't see the value."

Todt said the FIA would be neglecting its duties if it did not introduce a safety device like the halo, having proven its effectiveness.

"I am amazed to hear some people say that motor racing has to be dangerous and if it [a fatal accident] happens it happens - if we can avoid that, why should we not protect the life of whoever?" Todt added,

"It is human attitude to be reluctant to change, but can you imagine how we will all feel if something would happen and if we would have had the halo it would not have happened?"