The latest changes to the 2021 FIA Financial Regulations include official confirmation of the numbers that were finally agreed after months of debate between the teams, the FIA and F1, which delayed the official announcement of the sprint qualifying format.

Teams were concerned that a sprint race and thus an extra start and first lap created a risk of extra damage, and that it would compromise their efforts to stay within the $145m budget cap that is in force for the first time this year.

The damage occurred by the car of Valtteri Bottas in the Emilia Romagna GP put a spotlight on how close to the cap limit the top teams are working, with Mercedes boss Toto Wolff suggesting that it would impact R&D spending later in the year.

The cap has not been extended to cater for the costs of sprint races, and instead teams have been given an allowance that they subtract from the final spending figure that they submit to the FIA for the 2021 season.

That format is also used to account for the extra costs related to 18-inch mule car tyre testing for Pirelli, with teams given a $200,000 allowance per day of testing.

All teams have been given an initial total allowance of $450,000 purely for taking part in the three sprint races scheduled for 2021. 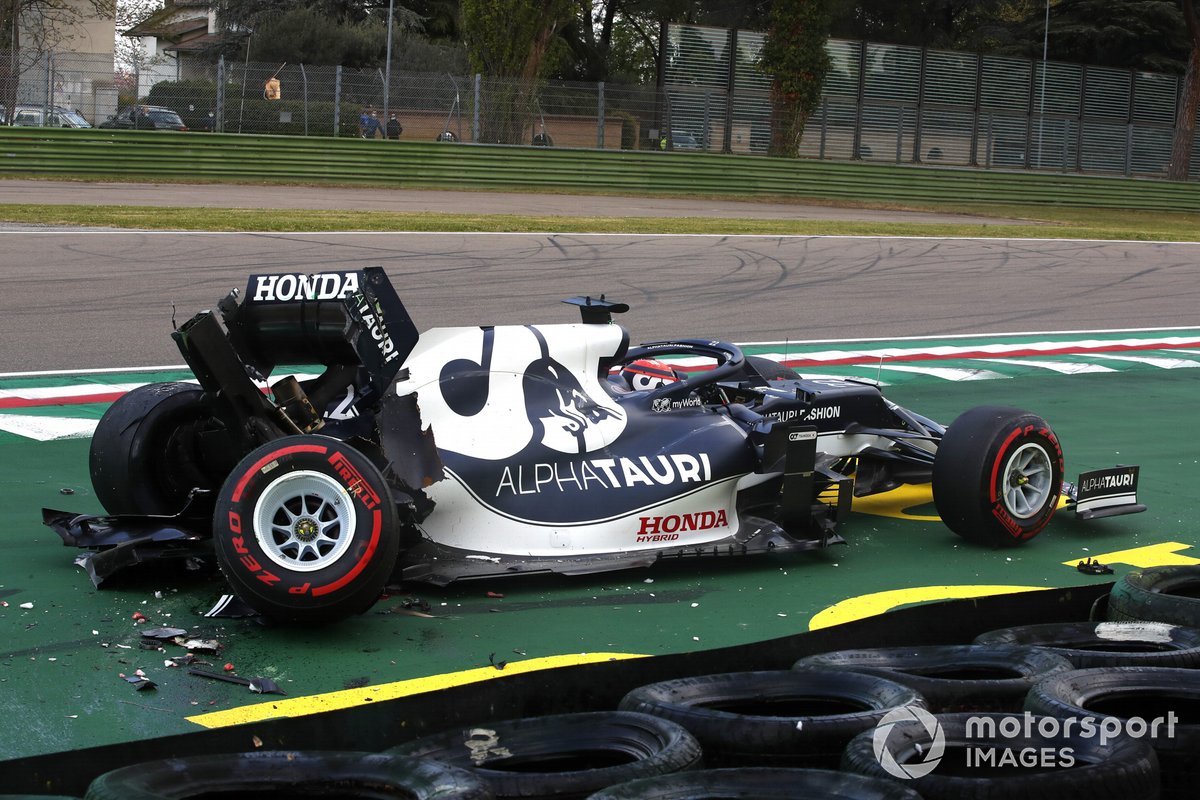 In the case of more serious damage, and only if the car actually retires and the damage is assessed as more than $100,000, teams may make a downward adjustment “equal to the difference between the value of the accident damage and $100,000.”

Aside from the cost cap allowances teams will each be given an extra payment of $100,000 per sprint race, although that number is part of their commercial agreement with F1 and is thus not part of the financial regulations.