Formula 1 teams have been using their radio channel to race control less since messages started being broadcast on the TV world feed, according to FIA race director Michael Masi.

F1 team radio has been a regular part of the TV broadcasts for decades, but a new element was introduced earlier this year when messages between the pitwall and race control were first played.

The messages proved hugely popular with fans, and have been used at every race since debuting at the Spanish Grand Prix at the start of May, giving an insight into how teams interact with race control.

The incident led to Bottas receiving a three-place grid penalty for dangerous driving, although Masi later confirmed that it would have been referred to the stewards even without McLaren’s complaint.

Mercedes team boss Toto Wolff said he found it “highly entertaining how quickly some sporting directors jump on the channel to Masi and come with Armageddon scenarios”, adding: “It’s good that these channels are now opened up so we can all have a laugh.” 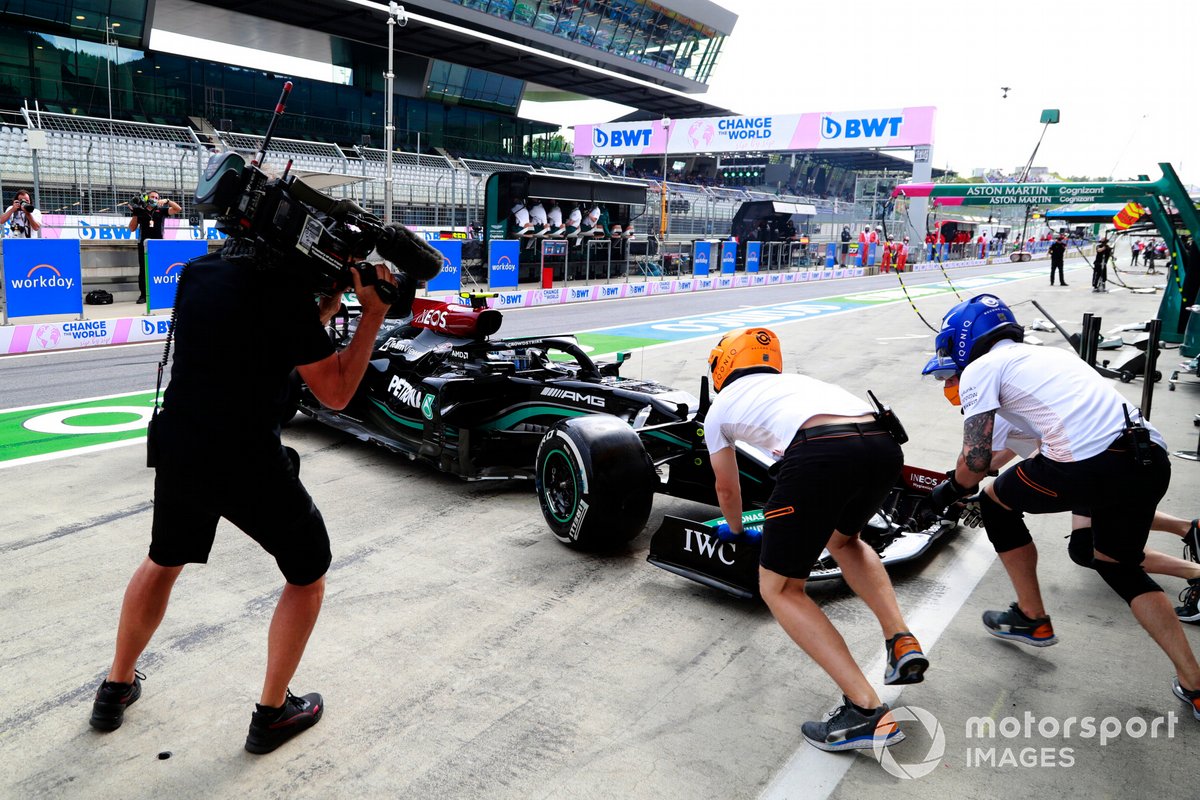 Asked by Autosport about Wolff’s comment and if he thought teams were using the channel fairly, Masi revealed that radio traffic has actually decreased since they started to be part of the TV broadcasts.

“I think, to be fair, each sporting team, and it’s no different in F1, will utilise the radio knowing that it’s there,” Masi said.

“It’s been there for many years. Obviously it’s just broadcast now.

“If anything, knowing now that the teams know that it’s broadcast, it’s actually probably reduced the radio traffic in race control.

“From the team’s perspective, [it’s] making them probably think twice before they ask a question.”

Wolff himself has previously been subject to a claim from Haas F1 chief Gunther Steiner that he was looking for “a little bit of publicity” when using the FIA radio channel to complain about blue flags in Spain.