Mercedes driver Bottas spun his car while exiting the team’s pitbox in second practice at the Red Bull Ring last Friday, having attempted to pull away in second gear to reduce wheelspin.

Bottas avoided hitting anything or anyone when spinning, and was assisted by nearby mechanics from McLaren to turn the car around and manage to get out on-track.

But McLaren team manager Paul James was also swift to jump onto the public radio to race control, telling Masi that it was “absolutely ridiculous”.

Masi said that he agreed and would look into the matter, with a stewards’ investigation following that ultimately led to Bottas receiving a three-place grid penalty for dangerous driving.

Bottas and Mercedes team boss Toto Wolff both called the penalty “harsh”, with Wolff saying he was unimpressed by rival teams claiming “Armageddon” over the incident.

Masi said that no other teams complained about the incident besides McLaren, but stressed he would still have referred it to the stewards even if nothing had been said.

“To be fair in those types of situations, when incidents like that happen, we go straight up on the screen and put the it’s ‘under investigation’ on, or ‘noted’, whatever it may be, to tell everyone in pitlane what’s happening,” Masi said.

“But to be fair with what that incident was, even if McLaren hadn’t said anything, I would have asked the stewards to investigate that.” 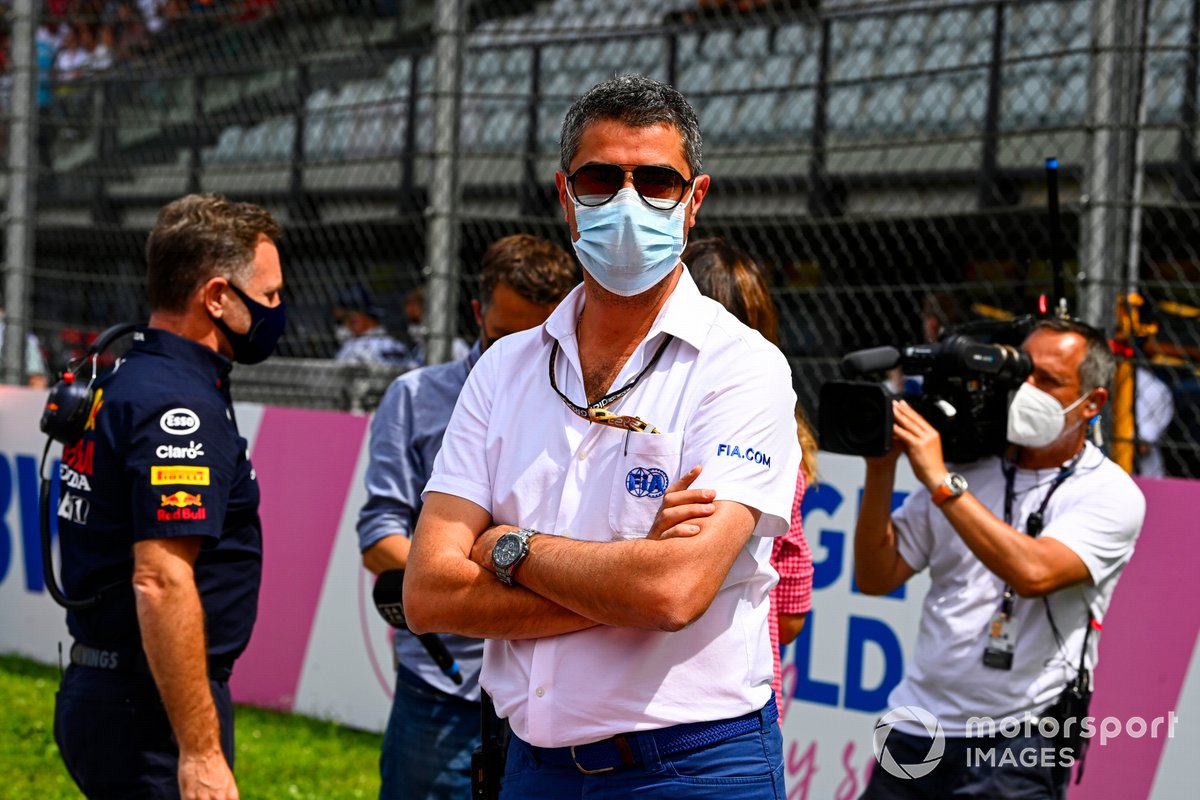 The penalty dropped Bottas from second to fifth place on the grid, but the Mercedes driver managed to recover to third in the race on Sunday.

The broadcasting of radio messages between teams and Masi is a new element that has been made available on F1’s world feed since the Spanish Grand Prix at the start of last month.

But Masi denied that the stewards could have been influenced by the radio message from McLaren, revealing that they would have had no knowledge of it.

“The stewards don’t actually hear any of those communications between myself and the teams,” Masi said.

“And [they] don’t hear the commentary of the races either. So they are not aware of that side of it in any way, shape or form.”