A marshal appearing on the main straight as the Singapore Grand Prix restarted was the result of circuit officials not following FIA procedure, according to Formula 1's governing body

The safety car was called into action when Nico Hulkenberg and Carlos Sainz Jr tangled at the start, with the Force India ending up in the pitwall.

When the safety car peeled in at the end of lap two, a marshal was seen sprinting across the track and reaching the other side just in front of leader Nico Rosberg's Mercedes.

The FIA's procedure requires race control to call 'track clear' three times before restarting the race, having been given assurances by the clerk of the course that any debris or marshals were clear.

But it has emerged the marshal was instructed by a circuit official to head out onto the track after that final call was made and when the cars were approaching.

An FIA spokesman told Autosport the governing body followed its own protocols but its procedures were not "properly executed" by the clerk of the course and their team.

The spokesman added: "We take this very seriously.

"We're not trying to put the blame on single people.

"Everything will be done to ensure this does not happen again." 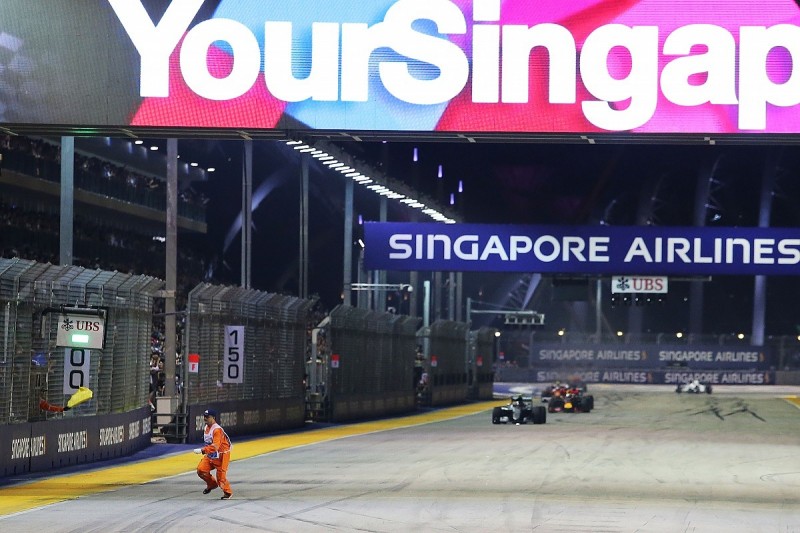 Mercedes team boss Toto Wolff described the incident as "dangerous" but said teams had been urging the FIA to ensure races restarted quickly.

"It was very dangerous," he said. "But we must give credit to race control because they restarted the race pretty quickly and this is what we have asked them, not to spend endless time behind he safety car.

"That probably triggered that one of the marshals, meaning well, was out there cleaning up the mess.

"These things happen and I'm really happy that it ended up with nobody being hurt."

Rosberg, who went on to win the race and take the championship lead, added: "It was not a nice experience to see someone running across [the track] when I'm arriving at 300[km/h].

"So I just made sure I drove through safely, but it was a bit of a hairy moment because I don't think he saw us coming."

"I lost some time definitely."