Although the new generation of cars have been praised by both drivers and fans, Todt has suggested one issue that has come to light from the 2017 rules revamp is that the spread of performance between outfits is too large.

While he said he was encouraged that Ferrari appears to have closed the gap on Mercedes, Todt cited a two-second margin between Lewis Hamilton's pole position time and the first non-Mercedes, Red Bull or Ferrari as too much for delivering a compelling fight.

"I am very much looking forward to seeing the race, but a bit nervous because I think that it will be too much difference between the cars during the race," said Todt ahead of the season-opening grand prix.

"So we should hope that the gap is able to be tightened.

"Ferrari did a good step forward with new regulations, [it is] quite impressive.

"Mercedes is still very strong, there was a lot of speculation about the second driver, but for me there has never been a doubt that he [Valtteri Bottas] would be very competitive.

"Red Bull seem to be a bit behind, and honestly I'm a bit concerned that between first and seventh or eighth, it is about two seconds.

"Still the gap is too big.

"We will really dream of having the 10 first cars in seven or eight tenths and at the moment it is not yet happening.

"You have a lot of reasons for that, but clearly it is too big a discrepancy between the small budgets and bigger budgets, and the playing field should be much closer."

Todt suggests that potentially harder overtaking is a price worth paying for having faster and more challenging cars - but he thinks the 2017 cars have delivered.

"They look great," he continued.

"Probably overtaking will not be easy as we would hope it would be. 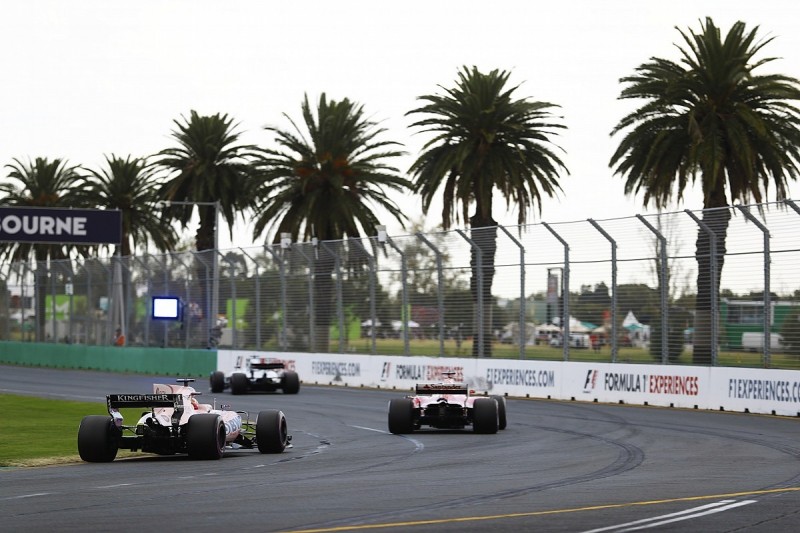