The FIA has explained the clampdown on Formula 1 drivers using the old layout in the final sector of the Circuit de Barcelona-Catalunya to gain an advantage during Spanish Grand Prix qualifying.

Following the fierce debate over track limits in Portugal one week ago, FIA race director Michael Masi outlined in his event notes for Spain that Turns 1, 2, 13, 14 and 15 would be subject to policing by the stewards through the race weekend.

The Turn 13-15 complex covers the chicane in the final sector, which replaced the two right-hand turns from 2007 onwards and has proven largely unpopular since its implementation.

“A lap time achieved during any practice session or the race by leaving the track and failing to negotiate Turn 13, 14 and 15 by using the track, will result in that lap time and the following lap time being invalidated by the stewards,” Masi wrote.

Speaking on Friday, Masi explained that drivers were found last year to be using the old layout to prevent themselves from impeding quicker cars behind, but in doing so gained an advantage as they started their next lap.

“That was something that we had here last year, and particularly became prevalent during qualifying,” Masi said.

“The drivers can use that outer loop, and they try to use it, particularly to get out of the way to not unnecessarily impede someone in qualifying.

“But it was also noticed that in using that loop, you could get a better run onto the circuit and start your qualifying lap in a much faster manner.

“So that was why we found the compromise that if you do use that outer loop, that lap time and the following lap time will be deleted for exactly that purpose.

“But we don’t see that being an issue other than really during qualifying.” 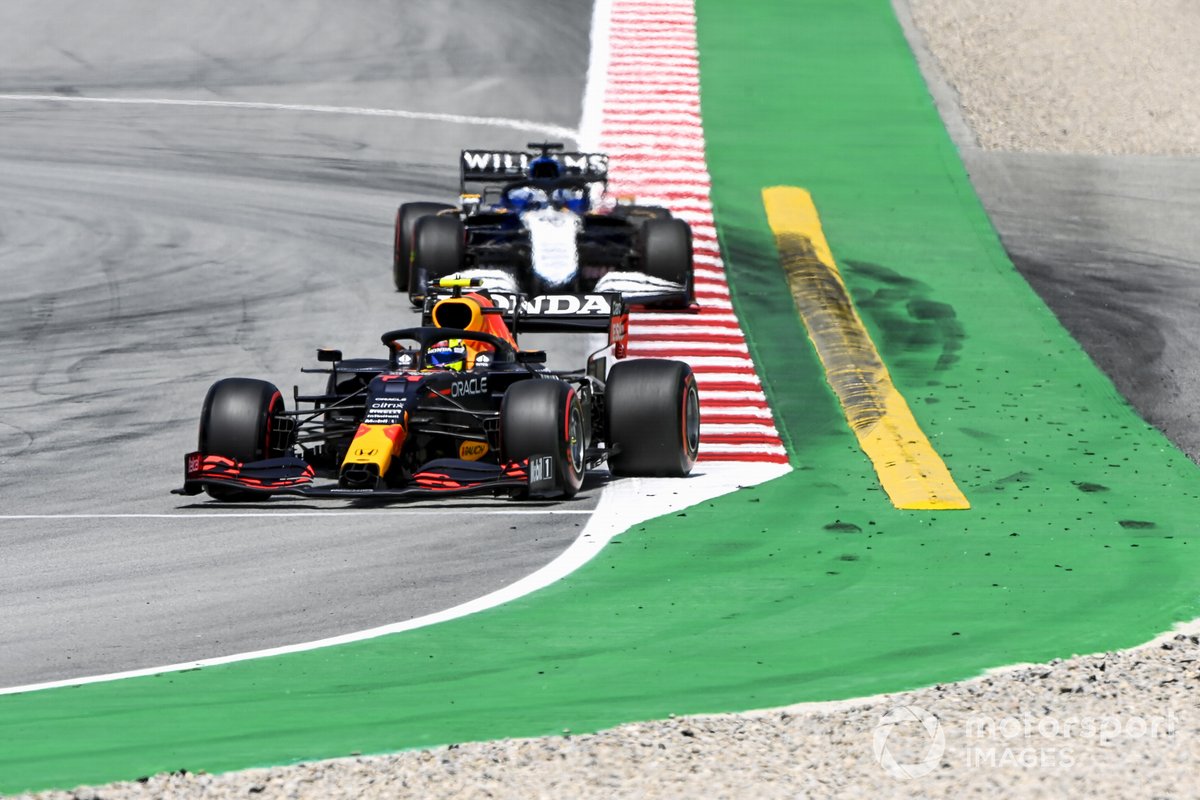 The FIA has maintained its regular policing of track limits at Turns 1 and 2, requiring any driver going through the run-off area to stay to the left of the bollards at the exit so they do not gain an advantage.

“As we’ve had here for a number of years, particularly missing the apex of Turn 2, so if you go off-track at Turn 1, or before the yellow sausage at the apex of Turn 2, you need to go all the way along and then rejoin the track safely after the second bollard that’s out there,” Masi said.

“That’s been an evolution year on year, and the same principle that we adopted there last year. So those lap times will be deleted.

“For someone that goes off there twice during the race, a black-and-white flag will be displayed, and on the third occasion, then a time penalty may be applied by the stewards.”