A technical directive sent by the FIA's Charlie Whiting last week made it clear the governing body believes that in 2017 some teams designed their suspension and steering systems to lower the front ride height in cornering, potentially providing an aerodynamic benefit and increasing grip.

Whiting acknowledges that a ride height change under steering lock is normal, but he says that from now on it cannot exceed 5mm - and it's up to the teams to provide proof that the systems of their 2018 cars will comply.

The matter was discussed in detail with team technical directors at the most recent FIA technical regulations meeting in London on November 21, where there were conflicting views on how much influence suspension should be allowed to have on aerodynamics.

Sources indicate that Red Bull wanted to retain the freedom to develop suspension under the current regulations, while Ferrari was supportive of tighter restrictions. Mercedes is understood to have suggested that active suspension should be allowed, with FIA prescribed software and hardware.

It was three weeks after that meeting that the technical directive was sent to the teams, all of whom are already far advanced with their 2018 designs.

Whiting wrote: "It became clear during the season that some teams were designing the suspension and steering systems in an attempt to change the front ride height of the car. 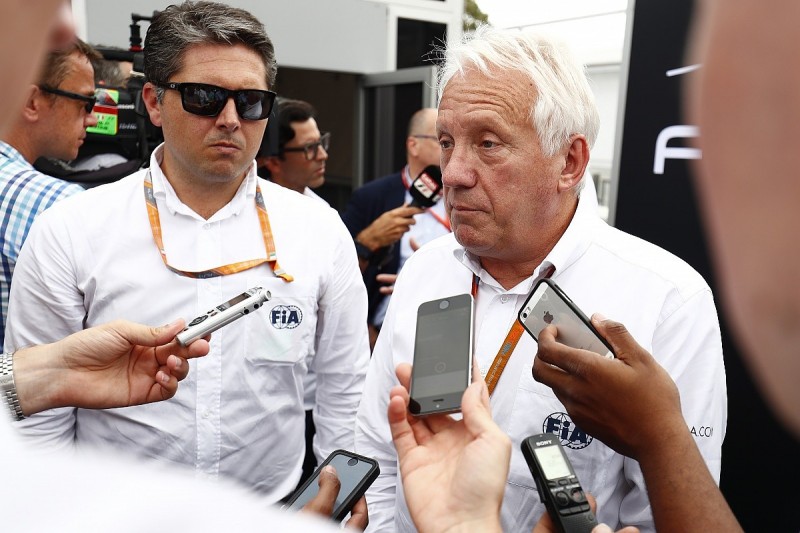 "Whilst some change is inevitable when the steering wheel is moved from lock-to-lock, we suspect that the effect of some systems was a far from incidental change of ride height.

"We also believe that any non-incidental change of ride height is very likely to affect the aerodynamic performance of the car."

Whiting referenced a 24-year-old FIA International Court of Appeal ruling on suspension as a precedent for the interpretation of the key F1 technical regulation that concerns aerodynamic influence.

One section of the regulations reads "any car system, device or procedure which uses driver movement as a means of altering the aerodynamic characteristics of the car is prohibited", and that may be the wording the FIA is using to help to justify its stance.

In the latest technical directive Whiting concluded: "It is our view that such steering systems should be treated in the same way as suspension systems, i.e. that the 1993 ICA ruling should apply when assessing compliance with Article 3.8 of the Technical Regulations.

"Hence, any change of front ride height when the steering wheel is moved from lock-to-lock should be wholly incidental.

"We will therefore be asking you to provide us with all relevant documentation showing what effect steering has on the front ride height of your car and, in order to satisfy us that any effect is incidental, we believe that ride height should change by no more than 5.0mm when the steering wheel is moved from lock-to-lock."

In effect teams now have to decide whether they can afford to take a risk and carry on with their intended 2018 designs, or build their cars to the new interpretation.

One team insider Autosport: "I suspect it can't be policed anyway, and teams will just ignore it.

"It is just the FIA's 'view,' it's not actually the 'law'. Nothing will change."