With Ferrari having evaluated for several weeks whether to replace Felipe Massa for next year, di Montezemolo revealed at Monza that decision time was imminent.

"We will think of this [the 2014 drivers] immediately after Monza because we wanted to arrive at this weekend without any strange pressure," said di Montezemolo to reporters in the paddock at the Italian Grand Prix.

"We will take a decision in the next days - and we haven't taken any kind of decision yet. We haven't signed a contract with anybody. We will talk with Massa, then we have our opinion, and then we will decide."

Although Ferrari insists that a good performance at the Italian GP could still be enough for Massa to keep his seat, the team has been seriously evaluating other options.

And although most of the current speculation has revolved around Raikkonen, di Montezemolo said that the shortlist was longer than just the Finn.

"We can take somebody else... we have several names," he said.

NO BARRIERS TO RAIKKONEN RETURN

However, di Montezemolo did make it clear that despite the circumstances of Raikkonen's departure at the end of 2009 to make way for Alonso, it would not be impossible for the Finn to return. 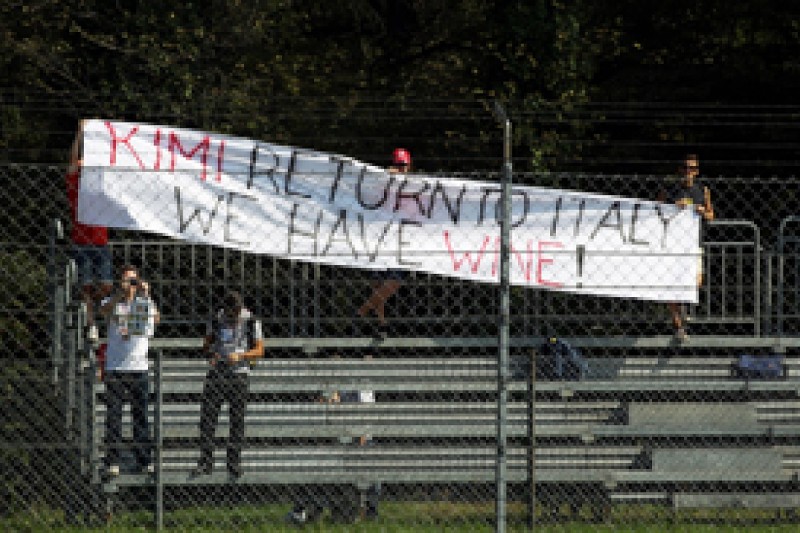 When asked if he would be comfortable working with Raikkonen again after what happened before, di Montezemolo said: "What happened? We won a world championship.

"Kimi is a good driver. For us it was a big satisfaction for him to win the first championship without Michael [Schumacher] and without Ross [Brawn].

"In any case, it is not a problem, but also there are some possibilities with other drivers. But there is also the possibility like last year that we decide to continue with Felipe."

He added: "We haven't taken any kind of decision yet at all. In any decision you have to be very careful because you have a plus or minus.

"Now is time to take the decision. Before was too early, but we will take it now."