Ferrari is optimistic it has slashed a 25bhp engine deficit to Formula 1 rivals Mercedes and Honda this winter, and thinks there is even a chance it could be ahead.

The Maranello based squad has been tipped for a strong start to the season, after some consistently good performances throughout the two pre-season tests.

As well as a degree of confidence about its F1-75 chassis, team principal Mattia Binotto suggests that its analysis of winter testing has delivered some encouraging feedback on its power unit performance too.

Although a final verdict will not be possible until all the engines are run in anger in qualifying, as teams disguise their potential in testing, Binotto says his team’s feedback from testing data was positive.

Speaking about the new engine for 2022, Binotto said: “Knowing that from this year the engines will be frozen for the next four seasons, it was obviously important to start with a power unit that had no performance gap to the competition.

“At the end of last season we had a gap of 20-25 horsepower, so the first goal was to cancel this margin.

“At the moment we are not yet able to understand what the values on track are, as the measurements that we take using the GPS system have a certain accuracy, but they are not super precise. They are also influenced by the weight of the car, and without this data the estimate is difficult.

“When we are at a race weekend, there are moments, like in qualifying and at the start of the race, where we know the weight of the opponents' cars. But during the tests, this data is obviously not available.

“Then, there is also the slipstream effect, so you have to find laps without external influences.

“We usually wait three to four races to compile a statistic, because the more data that is available, the more a correct average emerges.

“In the tests, from the little we saw, we conducted an exercise and according to this initial analysis, we are at the level of the others. We are certainly not behind them, and perhaps we have a little more. 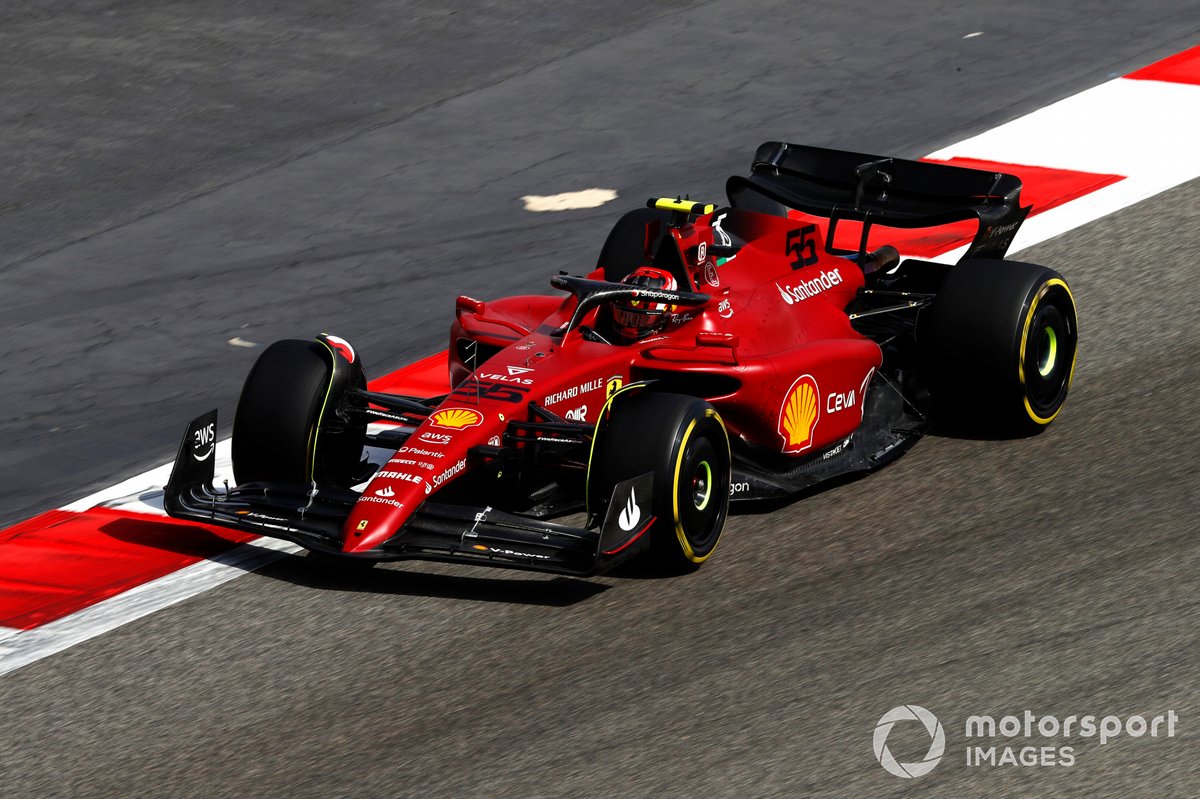 “But that is not a firm conclusion. We can only be satisfied for now in having confirmed the progress seen on the test bench.”

As well as being more upbeat about its engine, Ferrari’s new F1-75 appears to be delivering consistent and quick lap times as well.

And although Ferrari is remaining cautious about what is possible for the Bahrain Grand Prix – especially with Max Verstappen having been so fast on the final day of the test – Binotto does concede that it can be in the mix.

“I think we will be competitive next weekend but we cannot say today if we will be two tenths ahead or behind,” he said.

“Red Bull seemed very strong to me, certainly Max. So maybe one (Red Bull) will be in front of us and one behind us, I don't know.

“But I think we will be at a level where we can compete, and if there is a difference, it will not be insurmountable. Let's talk of gaps that after 4-5 races can still be filled. The starting point is good, but how good we will discover.”