The Finn will join the Spaniard from Lotus to form Ferrari's first line-up two world champions since the 1953 season.

Alonso's current team-mate Felipe Massa said earlier this week he expected the duo 'to collide' next year, echoing others' predictions of tension.

"Maybe they have fear because we are strong," said Domenicali on Thursday. "It's part of the psychological war that is part of this game. It's not really interesting for me because I don't listen. Everyone can say what they want, but that's it.

"I will not change the way we handle the situation from a team point of view. Funnily enough, you will never see me speak about other team."

Alonso also said he did not see any problems with having Raikkonen as a team-mate, as he considers Massa a top-class driver too.

"I don't think anyone will push me more than what I push now," said Alonso. "Two world champions, I don't think it makes any difference.

"You keep writing these things, which is exactly the same as when I arrived here, with people saying it would be a disaster with Felipe, and after four years he's one of the best friends I have here.

"For next year it will be the same, but that's something you will probably not write. I consider Felipe a world champion as well.

"I don't think a title will change the relationship, or in the team, or in terms of pushing. Felipe was a world champion when he crossed the line in 2008, so it's not like he's a rookie driver."

Although Massa has played a supporting role to Alonso during the four seasons they have been together at Ferrari, Domenicali insisted the arrival of Raikkonen does not mean a change in the way the team will operate.

"I don't think it's a change of philosophy," he said. "All the drivers who have worked at Ferrari know that there is the main interest of the team, and they consider that as a priority. 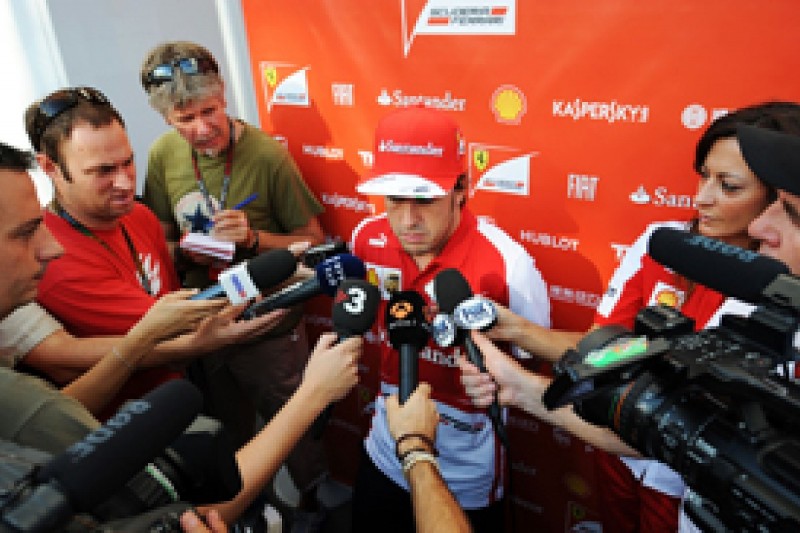 "It's normal, and absolutely imperative, that everybody does the maximum, but this is the way we have been working in our history and this is what will happen in the future."

Alonso insisted he was aware of the possibility of Raikkonen arriving, and he believes the Finn is the best possible choice to replace Massa.

"I was always informed about the team movements and it's true that I think until the last moment the team didn't make a decision, and when they decided that it was better to change Felipe they asked me what was my opinion," Alonso added.

"My opinion was that Kimi was the best out there in the market and especially with a championship with many changes for next year, so a team-mate with many years of F1 was important. The team chose him so I'm happy."