The Ferrari Formula 1 team will not race its new floor design in the Mexican Grand Prix, having trialled it again during Friday practice

The new component was first tested in United States GP practice last weekend but was not raced, with Vettel saying Ferrari's improved pace at Austin was in part down to dropping a host of recent upgrades.

At Mexico City Ferrari again tried the floor (below) in back to back tests in opening practice before opting against continuing with it.

"It was an interesting morning," said Vettel. "We learned a lot and we're sticking to the old package." 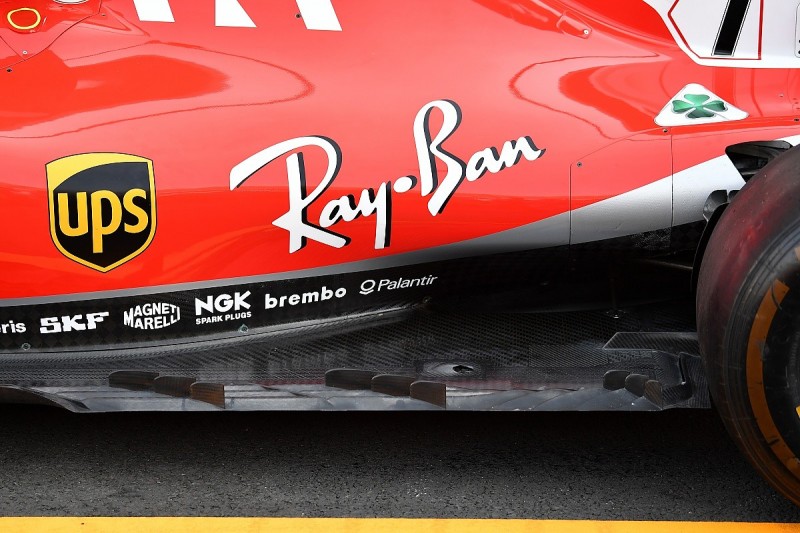 Both Ferrari and championship rival Mercedes were down the order on Friday in Mexico as Red Bull dominated and Renault emerged as its surprise closest rival.

Vettel joked that he "would be quite happy if I had more grip" after a day in which the majority of drivers struggled to get both performance and longevity out of the hypersoft tyre in particular.

Red Bull was first and second in both sessions with Max Verstappen and Daniel Ricciardo, with Vettel seventh in the morning and fourth later on.

Vettel acknowledged that Red Bull "seem very strong", suggesting "they have the least problems with the tyres".

But he believes Carlos Sainz Jr's Renault beating him to third was an anomaly.

"I don't think we had a tidy lap," said Vettel. "We should've been in front of the Renaults."

He played down the fact that Mercedes was only seventh and ninth with Lewis Hamilton and Valtteri Bottas.

"Everybody's sort of on the limit with tyres and trying to get them to work in order to slide less, with the exception maybe of the Red Bulls," replied Vettel when asked whether Ferrari looked to have the edge on Mercedes.

He believes the tyre situation is exacerbated by the effect Mexico City's high altitude has on downforce.

"The difficulty is you don't have any grip. So we're sliding a lot," said Vettel.

"If you don't have any grip and downforce, because the air's so thin, you don't get the tyres to work and when the tyres don't work it's really tricky.

"So that's why I think sometimes you can see quite big jumps in lap time.

"If you don't get it right then you're quite far off the pace. I think everybody still has something to step up tomorrow.

"The key will be the tyres. If you have 1, 2, 3 or 4km/h more in a straight line I don't think that will be detrimental.

"But it will be much more important to get the tyres in the right window because then around here you can easily get two, three, four, five tenths. Quite a lot of lap time."

Mercedes had to protect overheating engine in Mexico F1 practice