Ferrari Formula 1 boss Mattia Binotto believes the gap between the Scuderia's power unit and the Mercedes engines used by McLaren "is not so dramatic" anymore after Ferrari's latest upgrade.

Ever since its power units were affected by a 2019 technical directive, which clamped down on systems to circumvent FIA fuel sensors, Ferrari has faced an uphill battle to get back on par with Mercedes in terms of engine performance.

After slumping to sixth in the manufacturers' standings in a tough 2020 season that featured just three podium appearances, Ferrari improved its engines in the off-season which has aided its challenge of McLaren's third place in 2021.

Charles Leclerc took back-to-back pole positions in Monaco and Baku and after rolling out an updated hybrid system for Leclerc and Carlos Sainz Jr in Russia and Turkey respectively, both noted a tangible performance benefit after going through the pain of taking a grid penalty for using a fourth engine.

Team boss Binotto believes the latest hybrid improvements from Maranello are a "big step", allowing Leclerc and Sainz to carry more downforce at the Circuit of the Americas for last week's United States Grand Prix while not giving up speed to its Mercedes-powered rivals on the straights.

"The [additional] power is always available through the straightline, so you get the benefit from it at the start of the straightline and as well at the end," he explained.

"The way we can quantify that; if I look at this weekend [at Austin], we're running maximum downforce, but we're somehow almost matching the speed of the others.

"Considering last year, how the situation was, it is certainly a big step forward. We still know that there is a gap to the best engine today, but we believe that gap is not so dramatic."

Ferrari's extra horsepower might prove key in the team's effort to beat McLaren, with Leclerc finishing as the best-of-the-rest in fourth for the second race in a row at COTA to close the gap to 3.5 points. 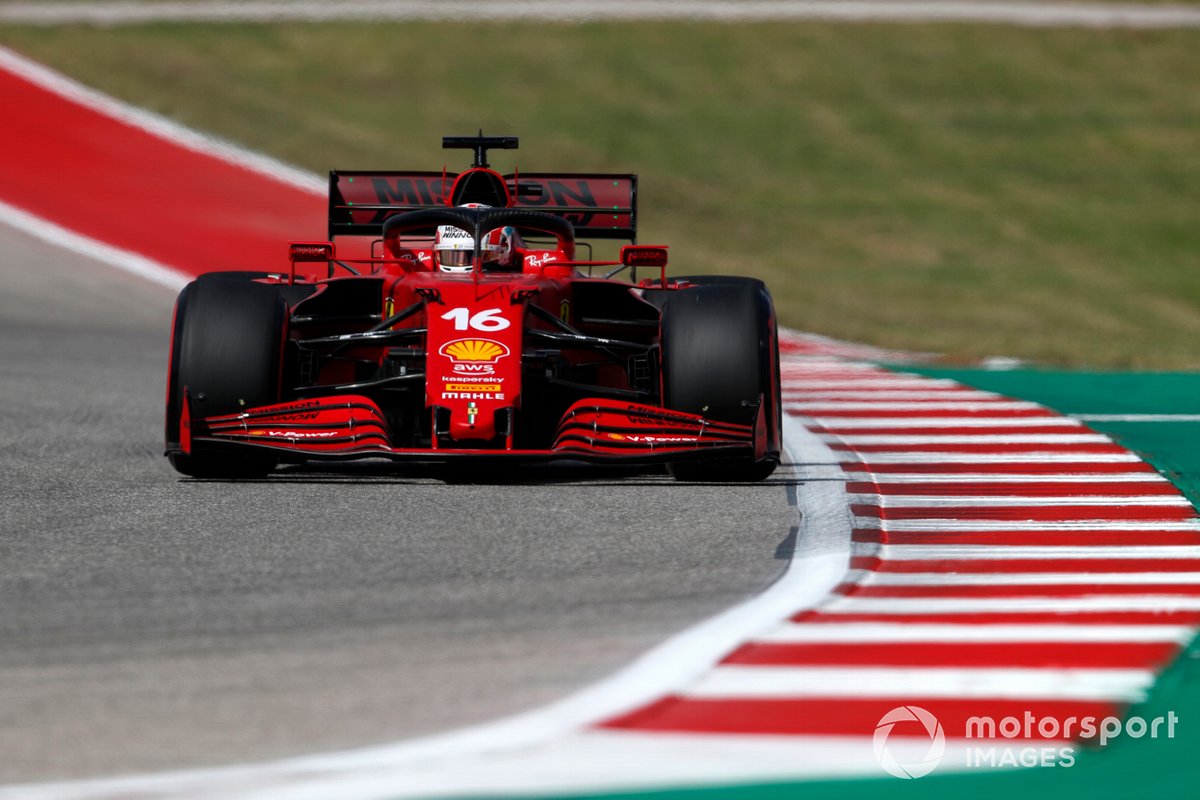 After a close contest throughout 2021, which has swung both ways depending on the circuit, McLaren has admitted Ferrari now has the quicker car.

Binotto too acknowledged that the updated ERS system gives him confidence Ferrari pull ahead in the following races.

"Generally speaking, in the overall balance of the lap, I think we have been clearly faster this weekend," Binotto explained.

"I think on the paper it was not a circuit which was suiting obviously our car.

"That's why I'm pleased with the progress I've seen in the last races, certainly the help of the power unit both for qualifying and the race, and that gives me some confidence for the next races."