Although power units are homologated, Ferrari believes that performance gains can be made by running its engines with more aggressive settings now that it is more comfortable with reliability.

Ferrari technical director James Allison said: "On the engine side, the only changes that you are allowed to make to hardware are for reliability so there is no opportunity for performance there.

"But there is a lot of opportunity to get more horsepower out of the same hardware as you increase your confidence in how hard you can push it.

"As time goes by on the dynos, you learn exactly where you can exploit the performance more, and that brings you confidence to bring new settings at the track that deliver actual horsepower to the wheels.

"That happens continuously and we do have a step in that direction coming in Canada."

Allison says that car updates should also come on tap over the next few grands prix.

"We bought some upgrades to China that worked reasonably well. The car had a good weekend there - that was a combination of some improvements that we made and a track that suited us a little bit better.

"We bought some things to Spain as well, but it was a much more modest set of pieces.

"All the big teams have similar sized facilities and a similar approach to work, so it is very difficult to achieve a rate of improvement that is substantially different to the people we are fighting with.

"However, we've had a race or two where the pieces we brought to the track were useful but not big steps forward. We hope in the coming races to have a more steady progression of things which we hope will lift us up."

Despite Allison's optimism over the engine and chassis steps, he is aware that bigger progress is going to take time.

Having arrived only during the final stages of development of the F14 T, his impact on its design was quite limited. 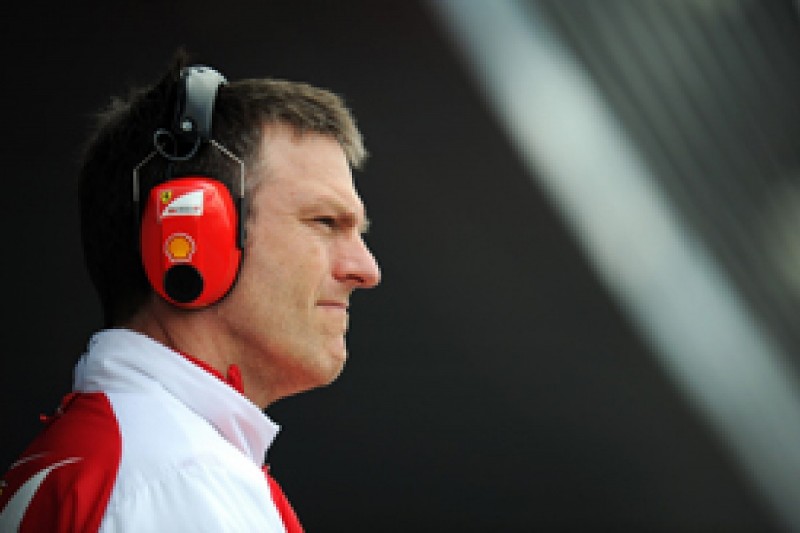 But having pushed for some direction changes at the team, he believes a brighter long-term future is achievable.

"I think the key thing in this sport is to do the right thing and to do it long enough for it to have an effect," he said.

"Much of what Ferrari does is already right. There are some things when I arrived I wished to change direction on and improve upon, and time will tell whether my judgement is correct.

"It's a sport where you build up your power, you maintain your power, and utilise your power by doing the right thing for long enough with a mixture of short, medium and long term plans. That's what I'm trying to do."