Ferrari Formula 1 team boss Mattia Binotto does not believe the outfit will need to stop development of its 2019 car, despite its increasingly faint hopes of catching up Mercedes in 2019

The team had been advised to write off 2019 after Mercedes' early-season run of dominance, and driver Sebastian Vettel admitted Ferrari needed to make significant inroads relative to the championship lead before the summer break to keep its title hopes alive.

Vettel is 94 points behind championship leader Lewis Hamilton, and the team itself trails Mercedes by 150.

Binotto says the continuity of regulations for 2020 means nothing would be gained from abandoning development on the SF90.

Asked how he planned to distribute priorities between development for 2019, 2020 and the new regulations cycle starting in 2021, Binotto told Autosport: "That's a difficult task.

"But we need to organise ourselves for 2021, no doubt.

"We've now got some responsible [people] in the technical department, and together with them we need to carefully take our decisions relative to the priorities." 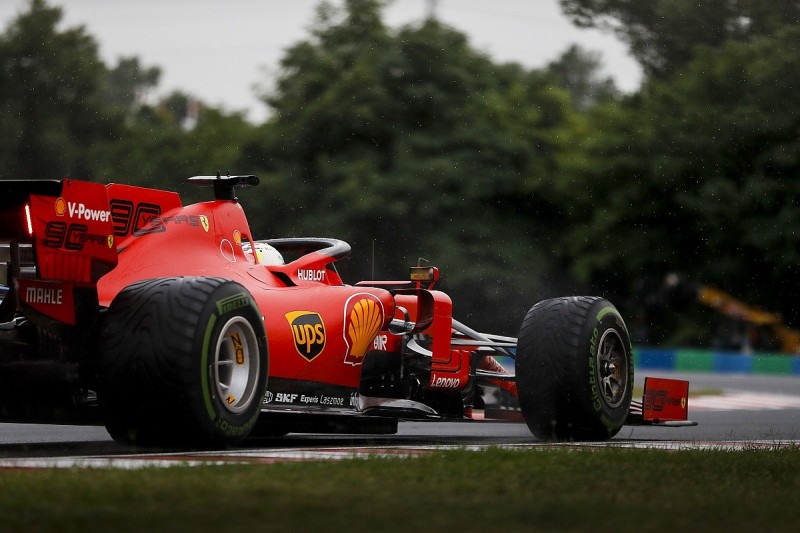 Ferrari's main priority with the SF90 has been to add more downforce, and the most recent grand prix in Hungary showed it still trails its chief rivals in this area.

Binotto, however, has said Ferrari is also keen to carry over the car's lower-drag philosophy to its 2020 successor.

"Hopefully what we can do is to have more downforce at a similar level of efficiency. I think that should be the two objectives," he said.

"I think we should simply put more downforce and be as efficient as we can.

"And then we need to use our downforce properly, which is in how can we set-up and have a proper balance on the car.

"I think there's areas where we can improve and we should improve."

Binotto admitted it was good to be finally heading into the summer break after what had been a taxing first half of the season for his team.

"It has been a demanding start of the season, no doubt, for many reasons - having changed as well the organisation in January, it's not an easy one.

"So, overall, yes, it has been demanding - but I think if there is anything which is helping, it's the team spirit we've got.

"As you know, when you are in difficulties, if you can feel the people around you are happy, supportive, with the right mood, it's a lot easier.

"And if there is anything that makes me comfortable, it's certainly the people around me.

"I think that is true for each of us, and I think that's our strength at the moment."

Raikkonen on fatherhood, fixing toilets and life after Ferrari