The upper rear wing, which was taken to the Miami Grand Prix but not used there, was run on a race weekend for the first time in Azerbaijan.

Although the Ferraris were near the bottom of the main speed trap table for the race, when tows and DRS activation have a big influence, they were closer to the top in qualifying.

Binotto says the wing performed well and helped to improve the F1-75 both with the DRS open in qualifying, and with the wing in the normal configuration in the race, when Charles Leclerc was trying to stay clear of Max Verstappen.

The wing is likely to be used at several coming races that feature long straights and favour a low drag set-up, including Montreal this weekend.

"I think on that type of level of downforce I don't think we've got such a big disadvantage to Red Bull, the speeds were very similar,” said Binotto after last Sunday’s race.

“Both with DRS on, in the quali we saw it yesterday, and with the DRS off today, that was good enough at least to be in the fight, keep Max behind on the straight and defending.

“So overall I think yes that rear wing is working as expected. It's working similarly to the one of the Red Bull on similar downforce, and that gives me confidence that whenever we need to use it we can use it without any big issues.” 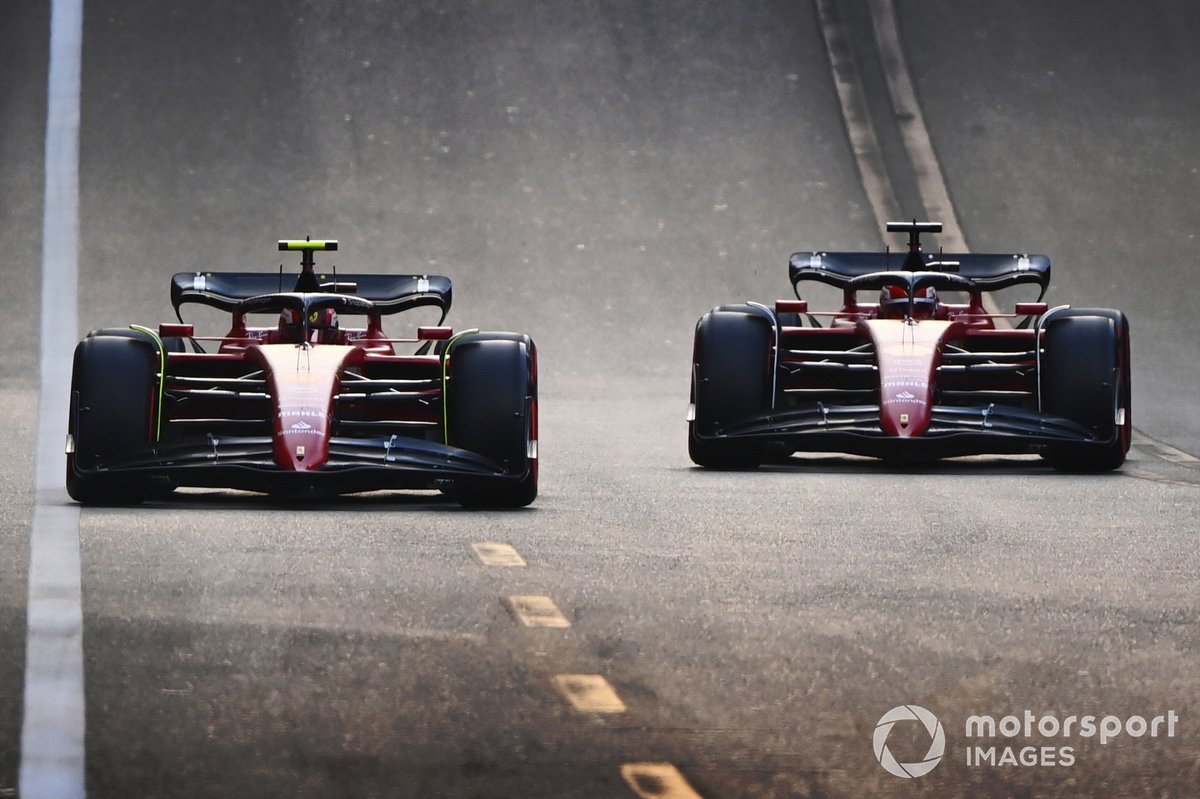 Meanwhile Ferrari continues to investigate the mechanical failures that stopped both cars in Baku.

Leclerc’s power unit is due to be examined in Maranello on Wednesday, while the team has already got to the bottom of the hydraulic issue that afflicted Carlos Sainz.

Ferrari reported on Tuesday: “Charles’ engine arrives at the factory tomorrow, an initial assessment should be completed by the evening.

“Hydraulic components from Carlos’ car have already been examined. A short-term fix is in place for Canada, while work is on-going on mid/long-term solutions.”

Binotto insisted after Baku that the team will remain united as it tries to address its issues.

“I cannot blame the team, because I know what has been the effort they have put in order to address the performance from the past.

“I know it's a long journey. We didn't get enthusiastic at the start of the season, I think we will not be the last today. As I said it's a journey which we are on, and there are still other steps which are required right now. I think as a team again we will stay united, and work hard.”