Ferrari Formula 1 sporting director Laurent Mekies says his team has moved "90 to 95%" of its focus on the development of its 2022 challenger and won't compromise that approach to try and beat McLaren this year.

After a torrid 2020 season in which Ferrari only finished sixth in the constructors' championship, the Maranello outfit has made great strides with its SF21, which features a much-improved power unit.

Ferrari's new car has allowed Charles Leclerc and new arrival Carlos Sainz to challenge McLaren at the head of F1's midfield, trailing the Woking outfit by just five points after four races in what promises to be a season-long battle for third. 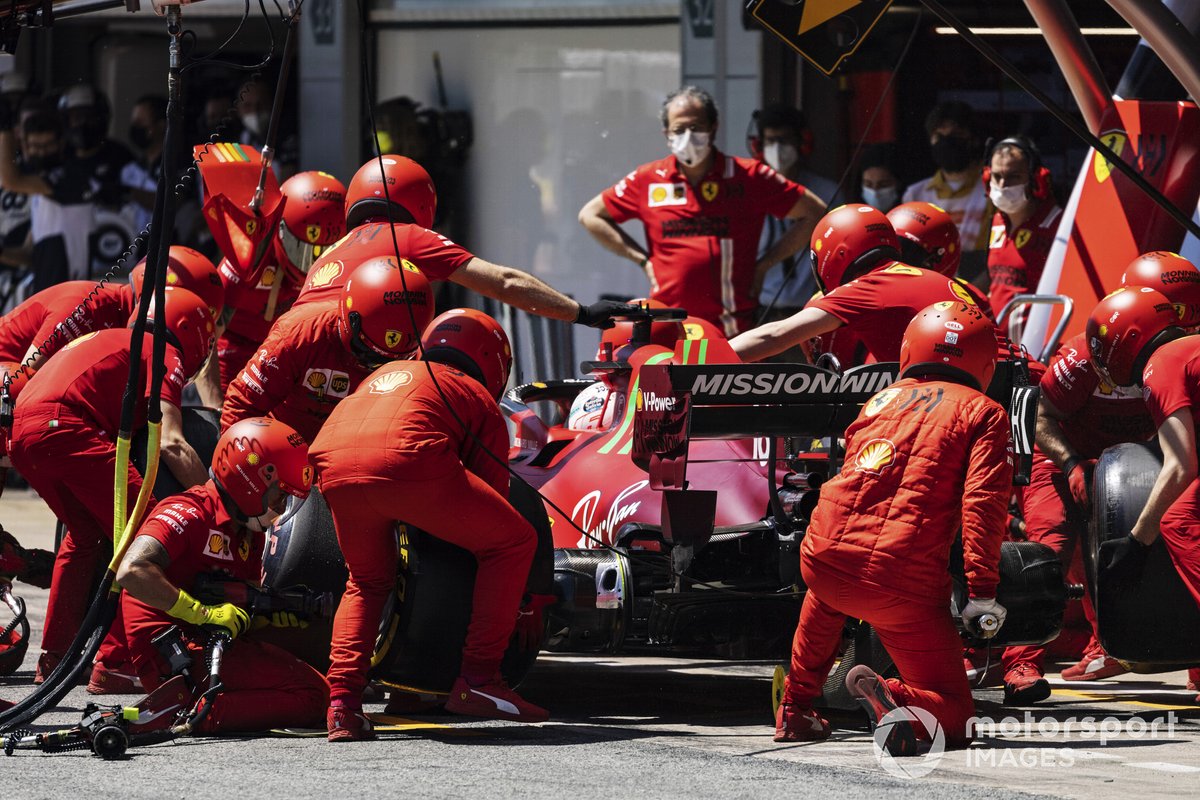 "We are pretty much already in full switch, it's already the case for us," Mekies said in Barcelona.

When asked if Ferrari could be tempted to pour more resources into the development of the current car to try and beat McLaren, Mekies responded his team will not change its approach.

"The fact that the field is tight that you may need a few hundredths or a few tenths to switch from sixth to third will not change our strategy, the focus is on next year.

"We have switched the large majority of our resources to it already. It doesn't mean that some details will not change on the car from now onwards, as we all do with what we learn at the racetrack.

"But the focus is on next year, even if the field is tight. For us it is a clear decision."

Mekies doesn't believe Ferrari's lack of 2021 updates will be frustrating for the race team, explaining th​e steady performance level of the car will give his team a good benchmark of its own performance every weekend.

"I think it comes with some good news with the race team, because your progress as a race team is always somehow blurred by the amount of development that you bring relative to the completion," he added.

"You never know for sure how much the competition progressed, you know how much you've progressed. But this time there will be very little development.

"We know it's only a few tenths, maybe a few hundredths sometimes between the cars and it's down to us at the factory and at the race track in how good we prepare going into the track, how good of a preparation we have to do, how good we execute, how good we adapt."

"So I think for the race team it is good news, because it means that's what we have, and that's what we go to a race with, and the fact that the field is very tight in that context I think is a great challenge for all of us."