Ferrari has "stepped up a lot" with its 2017 Formula 1 engine, says its customer team Haas after "amazing" reliability in the opening Barcelona test

While Ferrari showed impressive pace with its own new car over the four days of testing this week, its revamped engine also ran without major drama.

And for Haas, which suffered a spate of reliability issues throughout 2016 testing and racing, the steps its supplier has made over the winter have left it impressed.

Team principal Gunther Steiner said: "The engine and gearbox here, we had almost a flawless test with the same engine - we never changed engine.

"We had twice an electronics problem but it was a software problem, nothing big mechanical. They have done a fantastic job in my opinion.

"If you look at the other ones around, and they are no dummies, they have quite a few issues.

"So from last year to this year [Ferrari] stepped up a lot and it is very good."

Although a lot of teams have not yet started work on performance running, the early indications from the test are that there will be a very tight midfield battle this season. 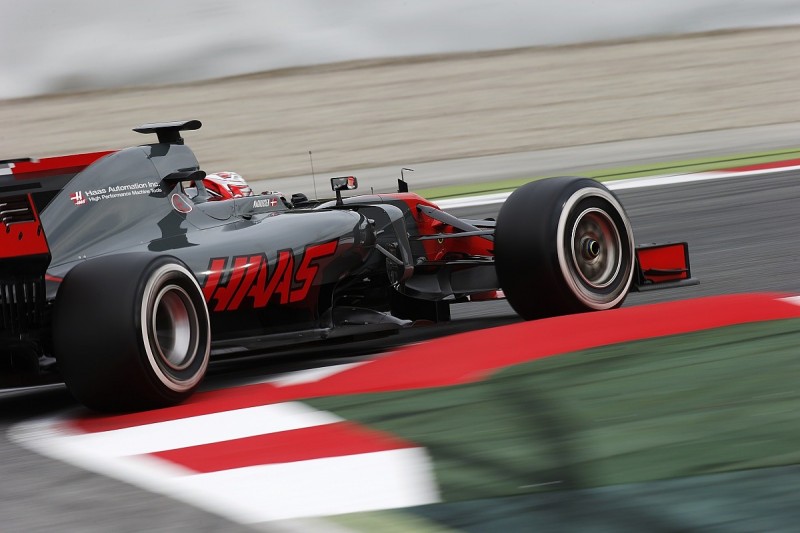 Haas appears to be in that pack, but Steiner says it is far too early to build up hopes of where exactly it can slot in.

"I think we made a step, but how good it is is difficult to say yet," he explained. "We are pretty happy.

"We still have some work to do to utilise it, but I think it is more like - we made a good step but have the others made an even a better step? We don't know yet.

"The times are very confusing here. With the tyres it is pretty easy to see what they are doing, but the fuel loads are tricky to find out, or be certain about what is happening.

"I don't know yet. I just hope we are more to the middle of the midpack than last year."